Thursday 17th May – I’m sat writing this monologue at the salon of my mum’s hairdresser. My attendance here that of dutiful son patiently awaiting to drive his mater home post-haircut.

Despite me being firmly entrenched in middle-age, mum feel moved to promise me a bag of M&S Peppa Pig candies if I’m a good boy while her locks are shorn. This barnet maintenance a Herculean monthly challenge laid down to Maggie’s long-suffering crimper – An affable girl who has the unenviable task of culling Mrs S’ wavy mane.

I’m talking about holly bush locks here, which bearing such coarseness my sister Helen likens then to a Brillo pad wire. A bouffant with the idiosyncratic wherewithal to grow vertically upward, bringing into question Newton’s theory of gravity.

Transporting the old lady for this four-weekly trim is part of a chauffeuring remit Iinherited on my dad’s passing in October last year.

The old man left my brother Ian a ‘priceless’ piece of art, while Helen was bequeathed the Inner Hebridean island of Rhum. The job of chauffeur, gardener and a monthly adorner of a welders mask to dodge flying metal hair clippings, his legacy to yours truly.

To be fair to my siblings their benefactions aren’t as grand as they seem. Despite dad’s protestations to the contrary, the painting now gracing our Ian’s dining room wall, next to his 1970 Little Jimmy Osmond poster, is unlikely to be worth a fortune.

Critics of the artwork, an impressionist portrait of 1960’s Featherstone Rovers RLFC prop Tuffy Hardcase, have for decades poured scorn on the picture’s integrity. Spitefully dismissing it with terms like crude, facile, self-indulgent, and absolute s***e!

Some detractors keen to point out this portrait of the Fev forward bore little actual likeness to the player. Leading to observations like “In real life he only had one head!” and “Tuffy’s nose took some stick, but it wasn’t like Hampton Court maze, or above his left ear, as portrayed in that picture!”

It’s artist Ely Thacklethwaite, from the Gipton area of Leeds, allegedly signed this work with blood collected from a Hardcase head-wound acquired during a 1960’s game at Keighley. Despite lukewarm reviews from critics, Giptonite’s *** loved Thaclethwaite’s art, leading to the maverick artist being labelled ‘The LS Lowry of LS9’.

*** – A Giptonite is an individual who hails from the area of Gipton in Leeds 9……. Not to be mistaken with Kryptonite – Rock from the planet Krypton which renders Superman’s super powers redundant, stone which won’t help in an LS9 fracas.

Anyway, after much deliberation, I’ve concluded our kid is welcome to Thacklethwaite’s depiction of a 1960’s West Yorkshire rugby league icon bearing two heads and a nose above his left ear. 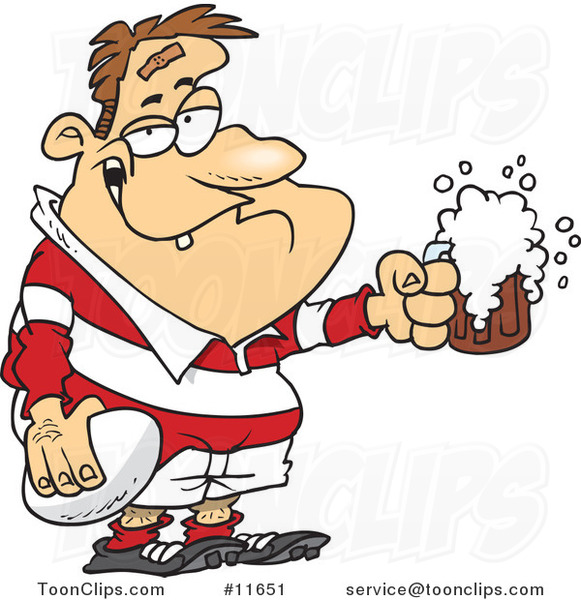 It’s not just Ian who received a questionable legacy from the old man, our Helen’s inheritance isn’t all that it seems.

I know my dad meant well but, like my Jools Holland CD Small World Big Band, the 15th largest Scottish isle (Rhum) wasn’t his to give away.  Luckily my youngest sibling isn’t bothered about joining the 30+ people and millions of midges that populate the 40 square miles island in the district of Lochaber. Consequently is unlikely to be bothered when refused access to the role of laird.

Before I go, can the person to who my father bequeathed the Jools Holland CD Small World Big Band please return it. After a chat with my siblings, we’re prepared to pay a ransom of an ex-Featherstone Rovers rugby players portrait and the beautiful Scottish isle of Rhum for it’s safe return.

To conclude, I wanted to clarify, despite earlier indications to the contrary, I’ve no problem being my mater’s chauffeur, gardener and welders mask adorner. She needs to be mindful, though, should a workplace accident occur I’ve Injury Lawyers Aren’t Parasites on speed dial.