Towards the start of the movie The Sound of Music, the nuns of Nonnberg Abbey sing of their exasperation at the behaviour of a flighty novice in the song How Do You Solve a Problem Like Maria?

Well, never mind trying to resolve the conundrum of young Maria’s frolicking, I want to know how do you solve the problem of cats soiling in my garden?

I don’t expect my question will be incorporated in a hit stage musical or award winning movie, as was the nuns predicament. However, it’s a query I wish I could find an effective answer to.

As much as I’d love to witness a musical including songs like Do-Re-Meow and Climb Every Tree Branch, I can’t see a show being written about cat behaviour…… After all, which idiot would write a musical production about cats?!

I’m absolutely fed up with the neighbourhood felines defecating in my borders, along with occasional replication of the act on my front lawn. It is absolutely infuriating, particularly when I spend many hours attempting to keep the area picturesque.  my anger exacerbated by the fact the guilty parties are other peoples pets. 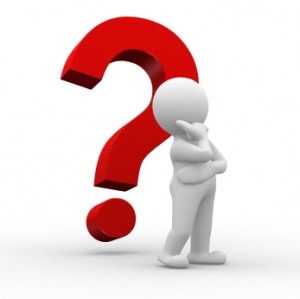 Frustratingly, from my online research there doesn’t appear to be one method that works consistently with all moggies. Not one that’s humane and legal anyway!

One website advocated discouraging uninvited furry friends by spraying them with a water pistol. It maybe an effective way of solving my problem, but I’ve no intention of spending hours laying in wait at the front of chez Strachan, ready to pounce to soak our pelted pests.

To clarify, I’ve nothing against cats or indeed any other animals and would never knowingly harm them. That being said, though, I suppose a childhood attempt to teach a dog to whistle La Marseillaise could possibly be classed as borderline cruelty. I learnt a valuable lesson that fateful day…….. Mainly that dogs are rubbish at whistling.

Despite not wishing to harm any cat, I am highly frustrated that stopping them soiling in my borders or lawn is so difficult to achieve.

As her mum is the family font of knowledge when it comes to old wives tales, my wife Karen asked if she had a solution. A clever strategy by my spouse, after all, it was her mum who solved my depression the day before a recent planned visit……. I can’t tell you how much better I felt when her mum cancelled at the last minute!

After my missus had explained what a cat was to the bitter old harridan, her mum recommended I try standing on one leg with my trouser leg rolled up adjacent to where the cats were fouling. This gem of advice didn’t solve my cat problem, but it did result in a neighbour, who witnessed the ritual, asking if I wanted to join his masonic lodge.

Right, I must dash as Tiddles the moggy looks as though he’s about to use the border area where my buddleia resides as a toilet….. It doesn’t look as though he’s having a tiddle either!…… Chuffing cats!