As I peer north westerly out of living room window in the direction of neighbouring West Ardsley, I’m greeted by a cloudless blue East Ardsley sky. I’m currently in situ at my parents home in the village west of Wakefield, about to embark on another day where the hog remains on terra firma.

This recrudescing routine involves writing a blog, visiting my dad in hospital to see how he’s progressing, followed by working out which of the two Leeds based houses (mine or my parents) I’ll be slumbering in that night.

After the overnight torrential rain, the weather gods have bestowed sunbeams on this community which was mentioned in the 1086 Doomsday Book. I’m not entirely sure what this mention involved, although I suspect it wasn’t to highlight the inexpensive beer prices in the Connie club, or how well stocked the Tesco Extra store is on Bradford Road…….. They would no doubt feature in the 2017 Doomsday Book, though, if it existed.

I’d be the first to admit my historical knowledge of East Ardsley has several voids. I know there is an East and West Ardsley, but have no idea if a North and South village ever existed in this historic former industrial part of Yorkshire.

I’d like to think there had been both a North Ardsley and South Ardsley at some point in local history. Two dysfunctional members of the Ardsley clan. swallowed up by the council’s of Middleton to the north and Wrenthorpe to the south for refusing to ban stone cladding and adequately stocking the Tesco Extra stores in their outposts. 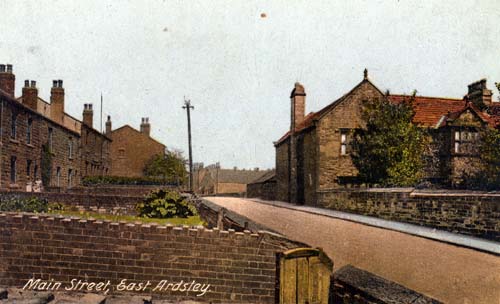 It’s nearing 11 am now, meaning I’ll soon be firing up the Stracmobile and be hospital bound to see pater. As I’m only halfway through the minimum daily target of 500 words I set myself, I will have to resume this monologue on my return. I’ll endeavour to make the second segment of this piece more entertaining. However, as I’m not currently in a place to pen light hearted narratives, I can’t promise anything.

4:32 pm (later today) – After our visit to see pater and dropping mater at her domicile in the Stracmobile, I’m back in my East Leeds home. I’m in better spirits than prior to leaving East Ardsley this morning; the result of witnessing an improvement in my old man’s demeanour after a dreadful week for him health wise.

He’s still very poorly. However, it was heartening seeing an improvement we feared may never manifest itself. There is renewed hope within the clan that one day, in the not too distant future, he’ll once again occupy his dining room recliner with a glass of merlot, listening to Sinatra, Torme, Monroe, Darrin and songs from musicals.

Amongst the clues he disclosed hinting at his the small progress in his wellbeing was displaying the wherewithal to spot I was wearing one of his jumpers, not to mention reading his paper to look at todays runners at Pontefract races for a potential bet.

However, the biggest giveaway of an improvement in his health was him ringing Leeds Rhinos coach Brian McDermott to say he’ll be fit for the Hull FC rugby game on Friday evening.