Yesterday my well wrapped spouse and I absorbed the therapeutic benefaction awarded by a stroll at Roundhay Park in north Leeds.

To clarify, when I say well wrapped I’m referring to her being layered up clothing wise against the elements. Not that she’d been skilfully clad in lurid wrapping paper as a sacrificial gift to the god Hallmark…… He’d ordered the lamb.

In its pomp, this far from mainstream 1980s piece was highly acclaimed for its cinematography. Not forgetting plaudits for skilful inclusion of the word photosynthesis in scene three.

Showing innovative time lapse techniques, the movie captured regeneration in the form of Spring bulb and deciduous shrub growth. This catapulted its discerning viewers through a portal of seasonal horticultural metamorphosis.

It was widely acknowledged as a sojourn of educational and spiritual evolution. Although critics deemed the duty free service as slow (even though it was shot in time lapse) and overly expensive. 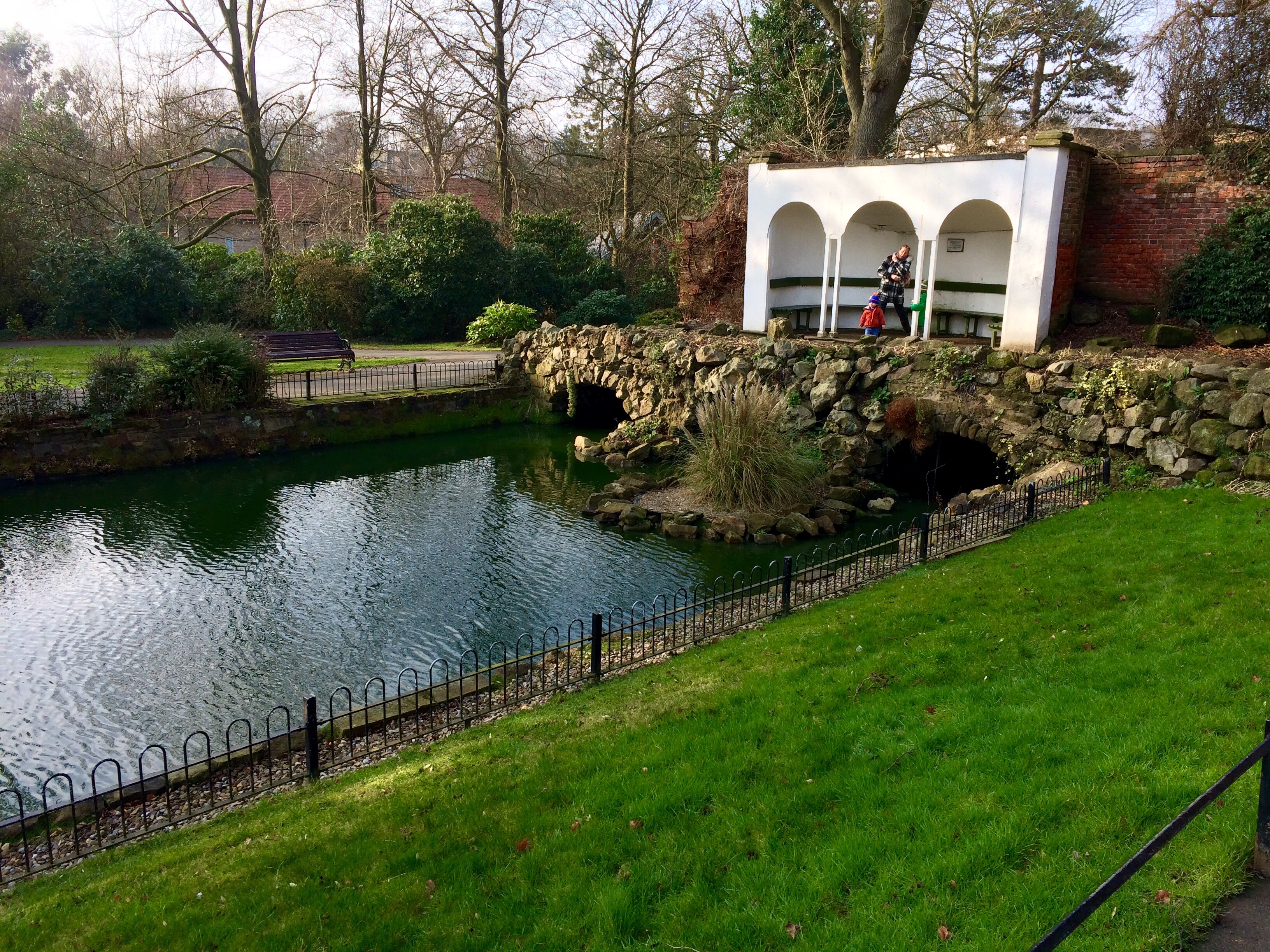 During our saunter, in an unusual scenario brought on by the wind chill, my wee spouses jaw froze so severely she became temporarily unable to say the word bracing.

As a result, for a short time yesterday morning, Karen described the strong breeze accompanying our wander as “braising”, “braceting” and “bruising”.

It was a strange phenomenon; especially when you take into account she could fluently relay all other words in her vocabulary during this time. However for some reason, her eloquence deserted her when attempting to utter “bracing” correctly.

Later, as Karen and I sat on a park bench adjacent to the lake at the lower end of the park having a minor disagreement about if the breeze could be classified as braising or bracing, a middle aged guy with a clipboard approached centre left.

On reaching my beloved and I mid altercation, he politely inquired:-

“Would you be prepared to take part in a brief questionnaire? … Yes, No, Maybe or Enter at they peril?”

Ordinarily we don’t agree to requests like this, but as he was stood blocking out the freezing wind we said yes.

He proceeded to convey his research was to ascertain whether visitors would be interested in the installation of outdoor gym equipment in the park.

On being told we were agreeable to proceed, his first questions surrounded my age and sex…… I answered I was in the 45-55 age category to the first question and “Not since 2010″ to the second.

He then asked “What was the reason for your visit to Roundhay Park? – Walking, jogging, kids play area, visit the Mansion, or to see Tropical World.”

I mischievously asked “Is there an option on there of ‘arguing about incorrect vocabulary use’?”…… He laughed nervously, before a despairing Karen replied “We’re here for a walk.”

He then showed us a picture of the outdoor gym equipment, which looked not too dissimilar to the colourful heavily padded safety rides in the children’s play area.
The canvasser asked “Do you think an outdoor gym is a good idea? – “Yes”, “No”, “Maybe”, “If you get a free ice cream” or “Bloody hell that looks dangerous!” ……. Karen and I both responded in the affirmative.

He followed this with “Would you use this gym equipment? – “Yes”, “No”, “Maybe”, “If you get a free ice cream” or “No f**king way!” ……. I responded positively but Karen shook her head in the negative.

As the questionnaire neared its conclusion, I asked the affable facilitator of these queries how the gym equipment project would be financed. He said Leeds council were exploring the avenue of funding as we spoke.

I told him that if they added the question “What are your internet banking sign on and password details?” to the survey they might get the financing a bit quicker!

He laughed nervously again, before swiftly moving on to inform Karen and I “Right, my last question.”

“Can you say the word bracing in very cold weather?”