Todays narrative is the 700th since I commenced my literary journey in spring 2015.

I started this almost daily journal of partly fictional monologues (based on fact) in the March of that year, its aim a short term distraction from challenging issues affecting my family…… These are enduring issues that still remain very much part of my broods existence.

They are penned with the express desire to give brief respite from the strain resultant from depression, along with a close family member diagnosed incurable cancer in November 2010. This became two in October 2016, when another close family member was given the same odious prognosis.

This drama is played out with centre stage taken up by a full cast of emotions. The characters include despair, fight, helplessness, determination, anger, pragmatism, hurt and uncertainty.

For six and a half years, my family’s lives overshadowed by the Sword of Damocles, which continues to dangle menacingly above the stage. It’s presence similar to that of the gigantic chandelier in the show Phantom of the Opera, awaiting the villainous cutting of the material that currently allows its defiance of gravity.

Although unlike Phantom, where the audience were unsuspecting of the danger above, Sword of Damocles – The Musical will play out to an inevitable conclusion. We don’t know the number of scenes left, but the ending has already been spoiled……. That being said, the disclosure was act of necessity by an oncologist, not one born from spite.

Hopefully this production will have the longevity of movie Ben Hur, or Tolstoy’s book War & Peace. Just without the contracting of leprosy or battles with invading French forces.

There is no exit stage right for the Strachan brood, or indeed stage left. I think the expression to describe our circumstances is commonly referred to as ‘It is was it is’. There is a trapdoor, which allows brief respite from treading these boards of this god forsaken stage. We have to return, though, as there’s no long-term escape from being cast in this production. 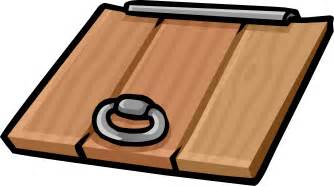 I like to think of these blogs as a metaphor for the brief escape through the stage trapdoor. A time I can be on my own, where I can vent, bluster and journey to a fictional tumour free world of self-indulgent silliness.

People may question how I can, on occasion, write in a light hearted manner if I was so down. The answer is a simple one, in that if I wrote about the detritus I was dealing with on a daily basis it wouldn’t be an escape. There would be no point venturing through the trapdoor if I was going to be as maudlin as I am on that metaphorical stage. I wouldn’t be getting any respite, rendering the strategy worthless.

As I’ve written many times before, this sombre voyage isn’t all bad. Journeys through the trapdoor can result in trips to the real theatre, park visits, attendance at a sporting event or a meal out.

All these activities, like writing, give a short term trek to a better place than that damned stage. A place where your not bode “Break a leg!”; instead they attempt to break your spirit. These ventures are allowed on the condition we return at dusk.

Although I favour writing in a more whimsical fashion, as this narrative proves, a small percentage of blogs I pen can be darker. I do so in an attempt to write with versatility and because, even though I don’t like writing in this manner, I’ve had lots of feedback saying the occasional ‘wear your heart on your sleeve’ prose adds to the overall synergy of my website, writesaidfred.org .

I didn’t want to really make my 700th blog a dark, depressive cancer-related monologue. When I sat down in front of a blank sheet of paper, at 09.30am, I planned to write in a more light-hearted manner. The topic an old tin in my dad’s possession, which belonged my granddad (who died 40 years ago). A little piece of family history I may write about tomorrow.

Right, the trapdoor is re-opening, I need to get back up onto that stage pronto!