This morning I spent three hours stood in a local store with a MacMillan Cancer Support collection bucket.

My first voluntary work of 2017 took place standing just inside the entrance door of catalogue retailer Argos, in a nearby retail park. As with previous charitable collections I’d undertaken, it was heartwarming to witness the generosity of the store’s customers.

Prior to today’s fundraising, I wasn’t expecting the levels of benevolence I subsequently witnessed. The fact many won’t have received a wage since the Christmas and New Year festivities, planted a seedling in my mind that customer generosity may not be at the level I’d previously seen.

I needn’t have worried, though, as a steady flow of people donated handsomely during my time there. So much so, at the end of three hours the bucket had the similar unwieldy weight of an anvil.

I’m assuming the weight was the result of monetary donations anyway, not that an anvil had been mischievously added to the bucket during my toilet break…… If there was an anvil was in the large bucket, I suppose MacMillan could utilise it to raise a few quid making horse shoes.

I won’t find out for a few days how much was collected, but what I do know is this type of voluntary work does contribute to restoring some of my dwindling faith in the humanity of man.

It’s cheering to witness the positive and caring actions of these people; the generous benefactors whose donations all contribute to the overall synergy of supporting incurable and curable cancer victims alike.

Towards the end of my time in Argos, it was good to see my wife walk into the store. Although it has to be said not wearing her specs proved to be a bit of a mistake. 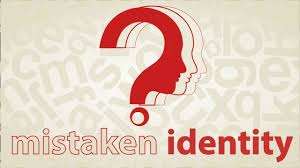 On seeing me at the store entrance  clad in my green MacMillan shirt and holding a donation bucket, she advised “My husband also does collections for MacMillan.”

“I am your husband, Karen!” taken aback at her confusing comment.

“Are you?……. I wondered where you’d gone!” she retorted with equal surprise.

“Where’s your glasses, Karen?” I asked, after cottoning onto the root cause of her confusion.

“I didn’t want to wear them…… I look too fat in them!” my spouse responded.

“You’re not fat!….. Even if you were, I don’t understand how wearing glasses would make you look any more rotund than if you don’t wear them!” I puzzled.

“Well, I can see myself in the mirror when I don my specs and observing I’ve put weight on depresses me!……. When I don’t wear them I only see a vague shadow reflecting back at me, so it isn’t as traumatic.” she sort of explained.

“So, its not the fact your specs put pounds on your weight that’s the issue here? It’s the fact you can see your reflection with them on, which you think shows you in an unflattering manner?” I aimed to clarify.

“You’re not fat!…… If you were I’d tell you!” I proffered, trying to placate my self-conscious wee spouse.

“Would you?….. Honestly!” enquired my betrothed.

“Not in those exact words….. Although I would start calling you lard arse.” I informed her with tongue very firmly pushed in cheek.

“You’re a really good husband, Gary……. If it wasn’t for you I’d never have known I had so many faults.” she told me with a smile. Before adding “Anyway, I best get back home and put my specs back on before I misidentify any other people I know.”

As she walked away from the store, heading towards our housing estate, I muttered under my breath “No worries, lard arse!”

*** Disclaimer – Karen isn’t fat and my last comment didn’t happen. It was added for comedic affect…….. Right, I’ve done it. Will you now remove those plyers from my testicles please, Karen!