In my newly acquired role of dissenter against the mainstream, I often cock a snook at the world and push existential boundaries to their limits with acts of wanton recklessness. Yesterday this growing list of daring doo was augmented after I fearlessly cooked a couple of batches of homemade soup.

This novel role of dissenter pays poorly, but the hours are good and there’s a subsidised crèche. With my two kids being in their mid-20’s, I have no requirement for the services of a crèche, but it’s nice to know it’s there if I ever need it. 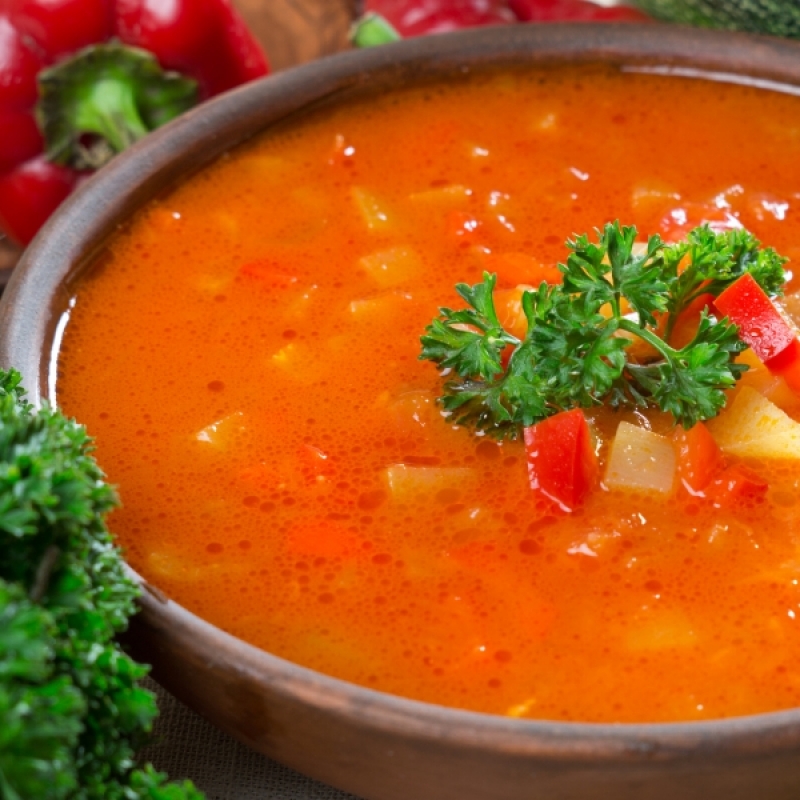 Although my healthy culinary creations were done for an adrenalin rush, I’m aware it can’t be classed as daring as last week’s exploits. An indulgent few days spent planting daffodil bulbs in my dad’s garden borders, along with the devil-may-care purchasing of grass weed/feed to augment autumnal lawn growth.

Without wanting to blow my own trumpet (which would be an adrenaline boost too far) the two different vegetable soups were highly flavoursome. If you want to attempt the recipes for this wholesome comfort food, they’ll be in my soon to be published cookbook ‘Two Soups & A Pot Noodle’…… Warning – If you suffer from high blood pressure, I’d check with your GP prior to undertaking this activity.

This tome, which will be in the shops for Christmas, along with my new fitness DVD ‘Yes, I Really Do Exercise!’, is my culinary bible. A literary legacy that not only exhibits the versatility to my many cooking capabilities, but also indicates I subscribe to a healthy diet……. Although the nutritional value of the Pot Noodle, which I consume religiously on a Monday and Wednesday every week, may split opinion amongst dieticians.

Incidentally, when I say ‘religiously eat a Pot Noodle on a Monday and a Friday’ I’m referring to an habitual quirk of mine, not that I dressed as a vicar prior to consuming the sometime maligned convenience food.

Some may baulk at the £14.99 price tag for a hardback book that fundamentally only provides instructions for the creation of two broths, along with instructions for a noodle fast food that can be read on the outside of the pot in a store. However, if you are interested it will be in all good book shops and a selection of crap ones from 1st November……. Average book shops won’t be stocking my hardback, claiming the content may offend vegetable protectionists and anyone named Grenville.

Hopefully this tome of culinary guidance will be a commercial success, not sink without a trace like my last cookbook ‘If Nigella Can Do It So Can I!” …….. Some say it failed due to bad editing and indifference from the publisher over marketing strategy.  Others, though, opined writing a book showing 50 ways to make cheese sandwiches was always going to be a risk from a book sales perspective.

That being said, I’d like to think the lack of success of that first cookbook has taught me many lessons, which I’ve adhered to in my latest book……. For instance, I’ve not made one mention of cheese sandwiches in ‘Two Soups & A Pot Noodle’.