Yesterday evening I met up with my son Jonny and his work colleagues, some of who I’d been acquainted with in my 20 years at the same financial institution where he currently plies his trade. The occasion being leaving drinks for his ex-boss (who for purposes of anonymity I’ll call Arnold).

I didn’t give Jonny a pseudonym for the purposes of anonymity as I only have one son. Meaning once I’d mentioned meeting up with my male offspring his cover was effectively blown. Not that Jonny wants to remain clandestinely unnamed in my narratives.

It was good to see the lad’s former boss, who I hadn’t seen for over three years. I didn’t recognise him at first as he was wearing a pair of specs, attire I’d not previously witnessed him adorn.

In the past I’ve poured scorn on how rubbish Clark Kent’s disguise of a pair of specs was, despite it’s bizarre success at maintaining the secret he was Superman. However, Arnold was completely unrecognisable with his gigs on, so my criticism of Mr Kent may have been wide of the mark. I’m not saying Arnold is a superhero working incognito, although it would explain why he wears his undies on the outside of his trousers.

Could it be this amiable man’s departure from the financial institution he’s served for nearly four decades is due to an increased workload of saving the world? Freeing his time to right wrongs from the likes of Lex Luther and Piers Morgan? 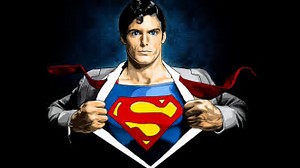 His explanation to his peers has consistently been that he’s departing for a career sabbatical. However, on reflection, his leaving speech was never going to include plans of defying gravity to save a stranded cat in a Cleckheaton tree, or using superhuman strength to hold up a River Calder ravaged structure in Hebden Bridge.

In the coming weeks, I’m gonna keep a vigilant watch on the West Yorkshire papers, monitoring for any increase in superhuman rescue activity in Calderdale and it’s surrounding areas.

If the mast at Emley Moor is miraculously returned to it’s footings after disappearing through Lex Luther’s chicanery, or General Zod’s plot to make the Halifax Co-op store into a car park is foiled, it may hint of previously unseen superhuman ‘do gooding’. Maybe, even outing Arnold as the people’s champion.

If he does turn out to be the nemesis of every villain in West Yorkshire, I hope he doesn’t wear the green undies with the skid marks again. Some may opine I’m being pedantic; however, in my book carrying out your job in visibly dirty keks is inherently unprofessional, saving the Halifax Co-op or no saving of the Halifax Co-op.

Last night, it was good to meet up with a few people I hadn’t seen for a long time. One of the guys (who for anonymity purposes I’ll call Lex Luther) hadn’t realised his new colleague was my son. Thankfully, after I openly admitted my paternity, he cancelled the DNA test he’d booked. Lex then asked if Jonny and I would be available to help General Zod with a tarmacking job on Wednesday.

Anyway, I’ll bring this offbeat narrative to a conclusion now……. Incidentally Arnold, if you really are Superman can you please stop peeing in that Huddersfield phone box you get changed in!……. It’s a bloody disgusting habit!