I spoke by phone to my son Jonny this morning, who informed me he was away on a stag do this weekend. Hungover, he confided through gruff tones and a backdrop of mooing noises he’d been cross-dressing yesterday evening….. Yes, last night he went out in men’s clothing for a change!

I’m not sure how the cow got into the pub, but I assume in the unlikely event of one of the party wanting a glass of milk it’d be incredibly fresh.

During our conversation my adult offspring questioned if I knew any good drinking games which they could perhaps adopt on Saturday evening.

The first game that came to mind was one called Shazbat, which I played on the last stag do I went on. The format is straightforward, entailing the group shouting the word Shazbat at the top of the voice for the duration their time in the pub.

The winner is the first person to get thrown out of the pub for behaving like an asshole. I had the sweet taste of victory when I last played it on a stag do in Edinburgh. Although, as I was the only one taking part, I’m not sure if that technically counts as a victory.

On hearing the format of Shazbat, Jonny wasn’t overly enthused about suggesting it to his fellow stag party members. He deemed the game facile; possessing a “shallow set of rules even for a drinking game”, and unlikely to be adopted as something that would hold the group’s interest. 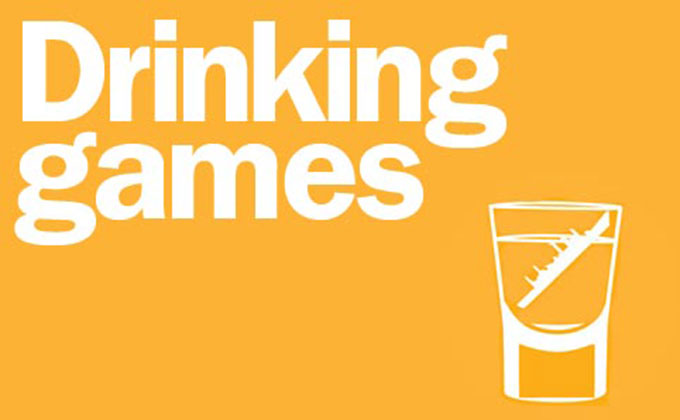 With this in mind, he asked if I knew anymore beverage pastimes which they could possibly undertake during the weekend away. I mulled this over for a few seconds and suggested “How about Fluoride?”……. This led to the following verbal interaction:-

My son Jonny – “What’s the rules of Fluoride, dad?”

Me – “The format is straightforward. The group shout the word fluoride at the top of the voice for the duration of their time in the pub….. The winner is the first person to get thrown out for behaving like an asshole.”

Jonny (sarcastically) – “Were you per chance also the winner of that game as the only runner in the race?”

Jonny – “They don’t call me Jonny Great Guesser for nothing!”

Me – “They don’t call you Jonny Great Guesser!”

At this point the phone went momentarily silent, prior to Jonny questioning:-

“Look dad, do you know any drinking games where the object isn’t to stand in a pub repeatedly shouting a random word until you get throw out?”

Me – “No!…… For some reason after I invented Shazbat and Fluoride I never got asked on another stag weekend.”

Jonny – “I find that hard to believe, dad….. Your witty, erudite and urbane…… If you’d stop behaving like an ass at times you’d be a great bloke!”

Jonny – “No you’re a chuffing idiot!”

The was succeeded by another period of short silence, prior to me questioning my son “Is that someone I can hear shouting Shazbat in the background?”

At this, no response was forthcoming, just the incessant whirring of a hung up phone!