On Saturday afternoon, I had a re-occurrence of the lower back problems I experienced during the week. I unaware of what caused the return of the pain, but the Strachan swear box has benefitted to my renewed cursing to such an extent we’re hoping to pay off the kids student loans.

Thankfully, my discomfort had diminished when I awoke this morning, meaning a cheerier GJ Strachan has materialised on the flipside.

In yesterdays episode of the soap opera Lumbar Pain Revisited the leading man’s Saturday afternoon was blighted by first world problems aplenty. These included his record player and printer both needing replacing, along with an unexpected home defeat for his favourite football team.

The record player, which he only purchased last June, chose yesterday to start screeching cacophonously as the turntable revolved at 33 rpm.

The lead character wasn’t overly happy at his life being inconvenienced in this way, telling his wife in an over-dramatic scene his displeasure at the audio system being no longer fit for purpose.

Arguing, with some justification, that if he’d wanted to hear such caterwauling he’d have put on one of her Duran Duran vinyl albums.

Apart from proffering “It’s only a record player. Get over yourself!”, the leading lady (who has proper problems to contend with) rightly ignored him. 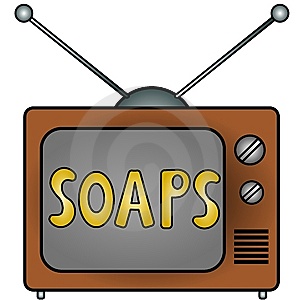 After the commercial break and a trailer for next week’s Moorside, the leading man, whose performance of the angry rebel was taking over-reacting (and indeed over-acting) to new levels, wrapped against the biting chill outside and ventured to request a replacement product.

At Sainsburys supermarket, where our hero had purchased the vinyl album player last summer, the customer services chap couldn’t have been more helpful in discharging his duties. Displaying courtesy, helpfulness and undeserved tolerance of the lead’s over-acting. Nothing was too much for assistant and the faulty product was quickly replaced.

Pleased that the store had swapped his damaged player, although a tad disappointed he wasn’t able to go into method acting overdrive by being refused, our ‘rebel without a cause’ ventured home.

Following another commercial break (including a three for two record player deal at Sainsburys) the episode restarted with our hero completed an unfinished piece of writing that he’d begun earlier.

Before he moved on to his drawing and colouring in, he decided to print his recently written literary masterpiece, which he’d decided would be filed in the burgeoning folder ‘Attention Seeking Stuff’. He’d originally pondered about putting it in the folder ‘Times I’ve Been Unacceptably Inconvenienced’ but thought better of it.

Through the magic of computer software/hardware and pixie dust, the ‘rebel with no chuffing cause whatsoever’ requested a printed copy of the Word document.

After sitting waiting for the printed piece of work for what seemed like at least a few seconds, our heroes tolerance levels were again being tested.

In a great deal of pain with his back and hearing his team were losing, our hero identified that his overworked printer’s power supply unit had died.

He then had the option of looking for a replacement online or laying down and kicking his legs in the air like a spoilt child. As his back was in too much discomfort to undertake the latter, he went with the first option.

Unfortunately, though, he was going to have to fork out cash for this as the printer was long out of warranty. Although he felt a £35 offer for a Canon printer/scanner at Argos wasn’t over-burdening finance wise.

With the ordering of a new printer and news of his teams 2-0 defeat, the episode of Lumbar Pain Revisited concluded with the cliff hanger of whether Uncle Ched’s fall from grace will have injured him more than Grace.

Tune in tomorrow to find out. Same time. Same channel