Yesterday evening, despite the chill from this seemingly endless spring breeze, my other half and I indulging in a barbeque. Incidentally, when I say other half I mean my wife, not that I dined alfresco with my Siamese twin Arthur.

I haven’t really got a co-joined sibling named Arthur…… He’s called Frank!…… Seriously though, I’m not fused to my brother, although it would explain why I can’t fasten my belt any longer.

I realise the belt fastening gag doesn’t work, as we’d be co-joined from birth not just recently, but under legislation chiselled into the 1977 Artistic Licence Act I’m leaving it in.

What would life be like if I was co-joined with my brother Ian?…… Well for a start I’d be in the constant company of a affable lad without a bad bone in his body. Unless you count the hip bone where we are fused together.

In this scenario, my bro could maybe teach me guitar (although that might be awkward if we were joined together).

In return, I could show him how to whistle the Bulgarian national anthem, a useful skill to possess in any company……. Apart from if in the company of a Bulgarian, who’d realise your whistling the theme tune to 1970’s comedy On The Buses, not their anthem. 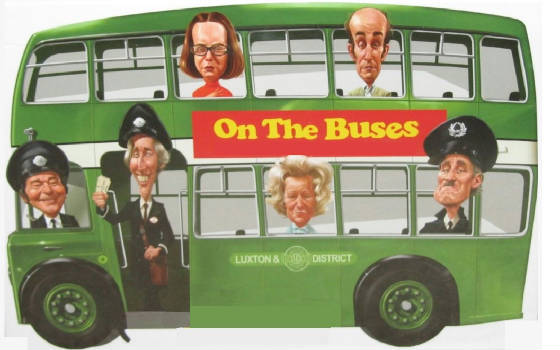 I’d certainly have a positive response from my sibling to questions like “Fancy a pint our kid?”, “Want a ticket for the England v Australia Test match, Cheesy boy?” or “Would you like to spend all day polishing the sofa with your backside instead of decorating?”.

I suspect there would be less enthusiastic replies from Ian to the following questions/statements “Do you fancy training to run a marathon?”, “I know, let’s go to a Man Utd match!” and “I’ve been given tickets for a Jedward gig on Friday, are you up for it?”

Luckily for my brother, those are short sentences that would never cross my lips, so I’m sure we’d get on just fine……… Although, I must admit the logistics of toilet visits are something I really don’t want to think about!

What would our Ian get out this atypical set of circumstances? What would I bring to the table in our co-joined existence?

Well for a start, my would be constant companion is smaller than me, meaning he could shelter from a sudden cloud burst under my protruding chin. He’d also be lucky enough to being party to instant access to my ‘great’ quips (cough, cough), in particular my ‘parrots eat em all’ story.

I know how much my brother loves my anecdotes, he even laughs at some of them on their inaugural delivery. He often informs me what a raconteur I am, well a word made up of four of those letters anyway!

My sibling and I aren’t co-joined, or indeed twins. So the fictional narrative above will remain solely as random epiphanies that briefly swirled around my cranial corridors. Merely off the wall thoughts eddying like an empty crisp bag in a washing machine.

I’ll see our Ian this afternoon at a family party to celebrate my dad’s birthday (which was yesterday). He lives around 100 miles from me, meaning our rendezvous’ are rare as an uncooked 8oz steak. I’m looking forward to seeing him; and I may teach him the Bulgarian national anthem………. An act that will no doubt lead my mum to inquire of my old man “Why’s our Gary whistling that bleeding On The Buses theme tune again?”

Right, I need to conclude this inanity as I need to get ready for a family party. Not to mention trying to find someone who wants these chuffing Jedward tickets for Friday!