With our family head’s health taking a turn for the worse, Thursday was a particularly tough day for our clan’s emotional state. Ensconced in one of the Leeds Teaching Hospitals all week, his condition appeared to be deteriorating as each day dawned.

Without going into too much detail, pater’s condition twenty four hours ago saw him almost fully dependent on nursing care. A distressing scene for us all, in particular his spouse of 57 years, the affable lady we label mum.

Ordinarily, she’s an individual who tries to lighten even the most challenging of circumstances. However, yesterday’s witnessing of her very poorly hubby rendered impotent any desire to indulge in her infamous teasing.

Consequently, there was no cajoling her beloved partner with tongue-in-cheek putdowns, such as “Cheer up, you miserable bleeder. Your face could stop a clock!”, or “Stop pushing you’re teeth out like that. It makes you look like Red Rum!”

Her witticisms were conspicuous by their absence, instead the septuagenarian Yorkshire lass kept her own counsel. Ashen of visage at the shock of witnessing her husband’s deteriorating health, a more reserved Maggie Strachan was on display yesterday afternoon.

It was unconventional behaviour by mater who, in her ordinarily witnessed demeanour 24 hours previous, had tetchily asked me to “Stop tapping that bleeding table!” In addition to informing me, after I relayed a gag she didn’t appreciate, that “If wit was s**t, you’d be constipated.”

My sister Helen accompanied mum on yesterday’s jaunt. Despite a full-time job, a hectic lifestyle, being ‘with child’ and having a 1.5 hour drive, she endeavours to visit Mally (our pater) as much as is possible.

Our brother Ian, who doesn’t drive and lives 1.5 hour train journey away, hasn’t been quite as frequently to see pater. Not through any lack of desire to see him, moreover he keeps getting the wrong chuffing train, ordinarily the one to Grantham.

That being said, we’re hoping Ian will be able to visit the old man this weekend. Especially as we’ve gone to the trouble of getting Mally transferred to a bed at Grantham General Hospital for a couple of days.

Thankfully, today saw a marked improvement in the brood chief’s salubriousness, in particular his communication capability and food consumption. Although his speech has improved, pater’s verbal recovery hasn’t yet reached a stage where he can assert “Make sure you put the Irish lottery on, Marg.”; or he has the wherewithal to express reservations about Ravi Bopara’s suitability for England ODI cricket team selection. 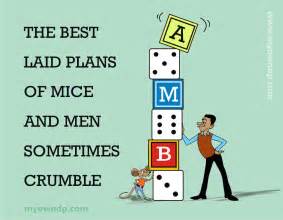 I was supposed to visit a good friend in Dunstable this weekend. Unfortunately, after seeing how ill my dad was yesterday, I thought it would be prudent to remain in West Yorkshire, meaning I wasted my bus tickets. The irony of his improvement shortly after the my bus was due to leave hasn’t been lost on me…….. Not that I mind as the old man’s care is the family priority, especially after a challenging week.

So my weekend hasn’t materialised as I was hoped. If my itinerary had remained unaltered I’d now be sitting with a long standing friend in Dunstable with a beer. Instead, I’ll be amongst family and friends in West Yorkshire with a recuperating family chief as he attempts to get back to a time when he an once again say “That Ravi Bopara is bleeding useless!”