Whatever happened to coin pockets on chinos?

Up until a year or two back, chinos were my ‘go to’ preference in trousers, even usurping a fondness for donning denim jeans. I found them to be smart, comfortable, reasonably priced, and liked the fact they were available in a wealth of cuts and colours. Additionally, their versatility meant not only were they suitable for everyday wear, but also for evenings out when the dress code demanded smart/casual attire.

If god had been asked to design the perfect trouser, I’m convinced chinos would have been pretty close to the result. Although apparently he won’t wear them anymore; the result of chaffing from excessive dancing at last Friday’s Ainsley Scragg Community Centre’s disco.

A few years ago, all was well in the Strachan wardrobe…… Unless you count the lurid check shirt I inexplicably bought for a cruise we went on in 2013…… I could happily don my khaki chinos during a sojourn to the shops, my black older pair for gardening, grey pants for hill-walking and my ‘best’ green chinos for a night on the town. 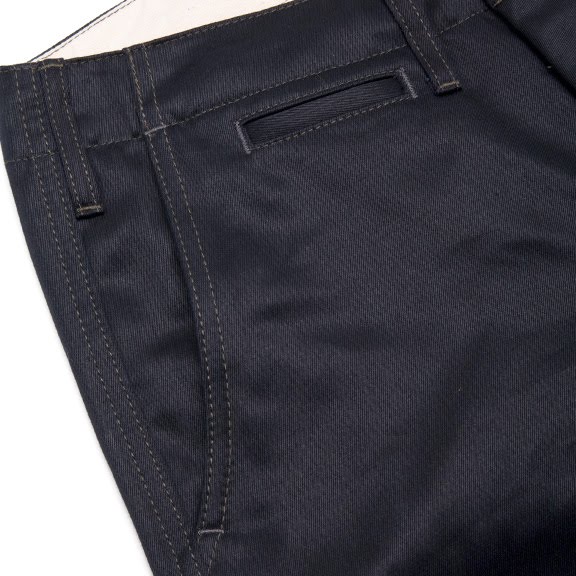 These days though I hardly wear them, the consequence of a small design adaption that occurred around 2014/15. Personally, this minor transformation made it a real pain in the backside to wear the popular twill fabric troos. The catalyst of this displeasure a removal of the coin pocket from this item of clothing.

Some may question “What’s the big deal, Gary?!….. After all traditional slacks ordinarily don’t adorn these snug money pockets.”

I’d concede the point about traditional pants being bereft of the coin holder, however in their favour they appear to have a main pocket design which negates coin loss. In the contemporary chino, this capability is conspicuous by it’s absence.

As a consequence, when clad in those versatile trousers, as soon as my thigh reaches hip bone level the coinage makes a hasty departure from their twill pockets.

Resulting in, when I wear them to drive my seat looks as though it’s been the recipient of a slot machine jackpot win. Additionally, if I sit down on a sofa in chez Strachan, or indeed out in the big wide world, half of my cash ends up down the back of my seat because of it’s unhindered escape from pockitz.

When adorning the new chino design, accumulating scores of coins during a night out is a big conundrum . The mass collection of non-paper money a consequence of an unwritten UK law, which bans the use of remunerating a pub landlord with coins of the realm.

So at 11pm during a rare night on the tiles (me and the coins), if I sit down in a bar I will spend until 11.30pm attempting to recover the £27.82 in coinage that secured it’s liberty from my pocket as my butt made contact with the chair.

Consequently, now when I go out I’ll wear smart jeans or older chinos (which incorporate a coin pocket) to avoid haemorrhaging cash when sitting in the bars of our grand metropolis.

“Use a purse or a money belt!” one of my multiple characters suggested earlier. However, as I’d rather all my coinage ‘did a runner’ than be seen with a purse or wearing a money belt, I’ve dismissed both solutions as unviable.

All I want is for fashion guru Gok Wan, or 1980s pop star Terence Trent D’Arby, to have a word in the ear of chino designers, with a view to have the coin pocket re-instated.

I can then regress to a life when I didn’t have to worry about sitting down while adorning the newer style twill fabric troos; a utopian time when I’d generally return from a night out £27.82 richer.