In one of their 1970’s comedy episodes of Ripping Yarns, writers Michael Palin and Terry Jones gave us an insight into the life of a fictional post-WWI working class Yorkshire family.

In an early scene of the episode set in the town of Denley Moor, one of the dysfunctional brood highlighted a curious anomaly in that mornings breakfast black pudding. Pointing out incredulously it was so dark in colour that even the white bits were black.

It wasn’t something the mother, or indeed anyone in the family apart from her son Eric, thought worthy of kudos. However, the adult son deemed this as a culinary miracle. A revelation to add to his wealth of ‘interesting’ stories; which included precipitation readings on the Town Hall’s rain gauge and the robustness of Spear & Jackson No 3 shovels. 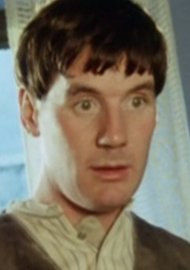 This morning, over breakfast at the hotel my wife and I were ensconced, I thought of this tale 40 year old episode from the pen of the two ex-Monty Python men.

This particular memory was evoked on the receipt of my full Yorkshire breakfast. A recollection stirred by the first glimpse of the black pudding, which undemonstratively resided on my plate alongside the more brazen sausage, bacon, scrambled eggs and tomato.

Like Eric Olthwaite’s breakfast experience all those years back, my black pudding was as black as the Whitby Jet stone mined a few miles down the road from our current domain……. Even the white bits.

Admittedly, the locations of our respective meal consumption were very different. Eric in a grubby terraced home in 1920’s Yorkshire, me in a up-market hotel within a country retreat in 2017 Yorkshire…… Well, I suppose there was a link of both eating this breakfast delicacy in the same English county, but that’s where the similarities ended….. What do you mean we’re both boring gets as well?!

Whether this splendid hotel has Mrs Olthwaite cooking its breakfasts I don’t know. I’d proffer it’s highly unlikely; but if you are the chef Mrs O, my compliments on your flavoursome and perfectly cooked first meal of the day.

At the breakfast table, I avoided informing my wife Karen about the white bits of my black pudding being black. I didn’t want to suffer the same consequence as Eric when he highlighting this culinary phenomenon to his brood.

The young man’s parents and sister deeming it such a tedious piece of information they started conversing in French in a bid to ostracise the lad.

I don’t think my wife knows any French language. However, if she really wants to marginalise me, she could always adopt the incomprehensible frontier gibberish her father converses in.

In my defence, though, I’d argue I’ve not yet reached Eric Olthwaite’s levels of relaying tedious tales. No one can accuse me of ever raising the subject about Town Hall rain gauge readings or indeed how fit for purpose Spear & Jackson gardening utensils are…… Apart from in this narrative, which doesn’t count.

The grimness of Eric’s life in 1920’s Denley Moor, West Yorkshire, was a world away from our break at an upmarket Whitby hotel in 2017. One example being the meteorological conditions.

While Karen and I have had almost unbroken sunshine, the dulcet tones of the uninteresting young Mr Olthwaite decried the following about the seemingly relentless precipitation in his home town:-

“It were always raining in Denley Moor, except on days when it were fine. And there weren’t many of them. not if you include drizzle as rain. And even if it weren’t drizzling, it were overcast and there were a lot of moisture in the air.
You’d come home damp as though it had been raining, even though there had been no evidence of precipitation in the rain gauge outside the town hall.”

Right, following that informative meteorological snippet, I’m off to check the reading on the Whitby Town Hall rain gauge.