Sitting in Colton McDonalds this morning I had an epiphany……or should that be a McEpiphany? It wasn’t the greatest epiphany I’ve ever had, but it made a pleasant breakfast change from a double sausage and egg McMuffin.

Not that I begrudge it for one second, but I’m now undertaking the upkeep of my parent’s garden in addition to my own. In recent days my ex-bosses mantra of ‘work smarter not harder’ has occupied my mind. Consequently, I’ve been pondering solutions to streamline my horticultural workload.

My ‘light bulb’ moment in the domain of Ronald McDonald provided me with such an easy to achieve labour saving solution I’ve no idea how I didn’t think of it earlier. My McEpiphany was quite simply to get my brother Ian to do mum and dad’s garden instead of me.

I’d like to clarify at this point it would be difficult for our Ian to undertake the role of gardener for our parents. He has a full-time job a hundred miles away, is restricted transport wise as he doesn’t drive, not to mention he’s a right lazy get!

My brother has never embraced the joys of horticulture. As such his knowledge of flora and fauna, weeding and feeding and garden tool usage are minimal. To him a hoe is a woman of questionable morals, an edge cutter is the U2 guitarist’s barber, and trowel is an M1 service station in Nottinghamshire. 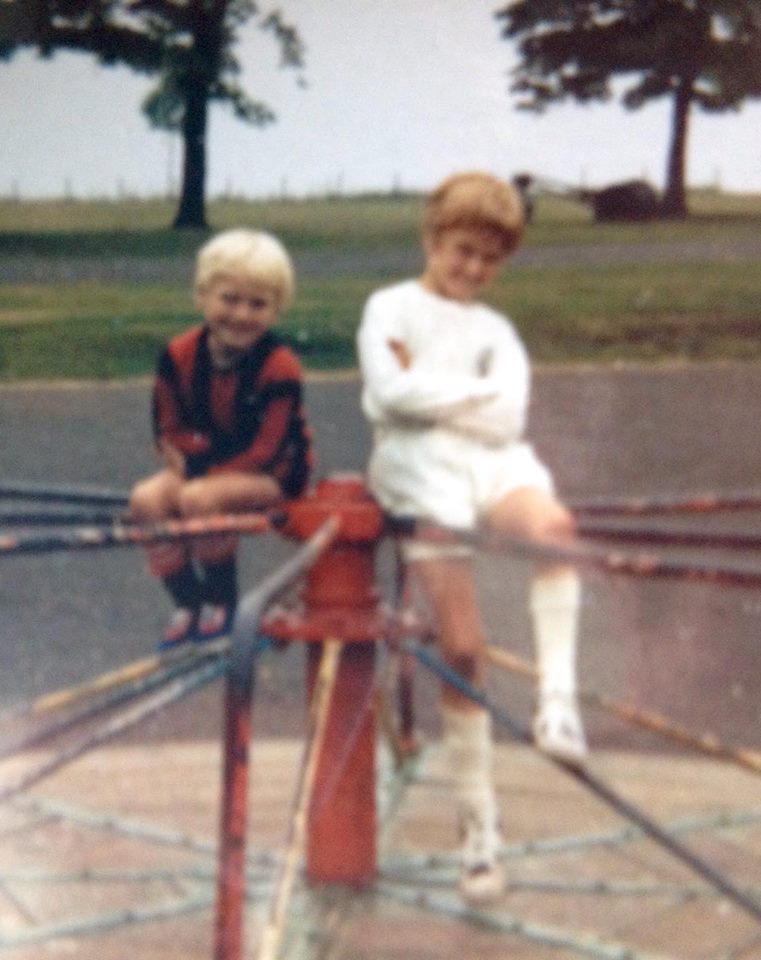 Instead of wasting his time manicuring lawns or dead-heading bedding plants, our Ian’s leisure time is productively spent scragging around, shuffling around and avoiding buying a round. He also occasionally takes a break from procrastinating to polish his sofa with his ass.

Seriously, though, his free time is really spent…….. errrrr…… erm……. Actually, it is scragging around, shuffling around, avoiding buying a round and polishing his sofa with his ass.

People reading this may think I’m being unkind to my brother, which I suppose I am, however this narrative is penned with tongue firmly planted in cheek. I love him dearly and only write this about him because I know he’ll take it in the spirit it’s intended………. The lazy bald get!

In all seriousness, our Ian is a smashing lad with many impressive and endearing qualities. For a start he has great humanity, is highly creative musician, caring, loyal, genuine and so brave he once saved a toddler from being eaten by a lion at Whipsnade Zoo…….. Ok then, I admit I made the last one up; but I’m sure if ever in that situation my brother would step-up. He definitely would if the toddler was a glass of cabernet sauvignon.

With regards the role of gardener for mum and dad, I don’t seriously expect my sibling to undertake this task. It is rightly my remit as I live local, drive and am not working at the minute. I also enjoy pottering in dominion horticultural, so it’s far less a chore for me than our kid.

If I thought our Ian would have any issue with this ribbing I wouldn’t have included my playful jibes. I genuinely think he’s a top guy who has contributed towards many images in the good-times section of my life canvas.

If he was that way inclined, he could easily write 500+ words highlighting my many flaws……. He better not, though, or I’ll sue his ass for defamation of character, the disloyal get!