Prior to and post yesterday evening’s rugby league match between Leeds Rhinos and Hull FC, I had the opportunity to collect on the grounds periphery with a team of volunteers for a cancer support charity.

The spectacle was televised and in front of over 13,000 fans……. Incidentally, that’s the rugby that was live on TV, not video footage of our voluntary collections. As much as I think it would be great telly, in their recent rejigging of their sporting channels Sky didn’t introduce a channel that televises volunteers collecting for charitable causes.

To be honest, I suspect seeking donations from benefactors for worthy causes can’t really be classed as a sport. Although some may argued that neither was the recently televised Newark Creosoting Championships, or Phlox Hunting, a cruel pastime where hounds seek out and terrorise specified perennial plants native to our shores.

Phlox Hunting is a newly broadcast activity with commentary from Old Ted, Newark’s most decorated horticulturalist. To clarify, when I say most decorated I mean his kitchen has had seventeen coats of emulsion in the last year; not that he has won the highest number of gongs in the Nottinghamshire town for his gardening.

No one is sure why he feels the need to redecorate the room so regularly, although there are rumours it’s because his neighbour keeps anonymously ringing the gullible old man to say the Queen is coming round to view his kitchen for design ideas at the palace.

Old Ted got the broadcasting gig as he invented Phlox Hunting and subsequently possesses the most knowledge about the pastime’s rules and regulations. The septuagenarian introduced the sport after experiencing immense fulfilment watching his witnessing his bloodhounds spitefully ruin the flora and fauna displays of his horticultural show rivals. 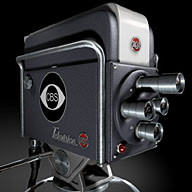 His good friend ‘No Spring Chicken’ Bert from nearby Lincoln, who owns a creosote production company, was the brains behind the Newark Creosoting Championships. He had the epiphany of creating the pastime when his deputy ‘Younger Than Bert’ Harry from Bawtry told him “Creosote sales are down this month Bert; a big concern with April being our busiest month!”

“Panic not Harry. Don’t let the impetuousness of youth cloud your judgement. I have a plan that will shift the ne’er diminishing creosote lakes in our storage vats.” re-assured Bert patronisingly.

“Has the plan anything to do with damaging the vats, letting the wood preservative seep into the soil, then claim on the insurance?!” Harry (who was 480 in dog years) queried.

“Yes!….. How did you guess that?!” Bert questioned in his distinctive Nottinghamshire lilt.

“Well, as you did it to get rid of excess stock last week, not to mention the week before, it was an educated guess.” the younger man concluded. Before adding “You’re gonna have to stop this Bert. Your breaking environmental by-laws with your recklessness.”

“Which by-laws are they?” queried Old Bert in a doubting manner.

“That’s not an environmental by-law, it’s one of the ten commandments laid down to Moses on Mount Sinai!” Bert affirmed.

“Ok then…. By-law 112, sub-section 8 (c) states ‘If the third party, along with the second party think the first party is recklessly defiling the environment, then the second party has a right to tell the first party to desist from aforementioned irresponsible actions. In particular threatening him to desist or the third party will tell his mum.” advised Harold (who’d reverted to his Sunday name in his anger).

“Ok then I’ll stop it….. But I draw the line at desisting the coveting my neighbours wife, or her ass!”

So with thousands of gallons of creosote to shift, ‘No Spring Chicken’ Bert donated the wood preservative to the Newark Owt For Nowt Group and the Creosoting Championships were born.