I was asked this morning, where and when my wife and I first met. It was a query I was able to answer readily as it seems just like yesterday. Not from a timescale perspective, moreover yesterday was a bloody awful day as well!……. Only kidding, I vividly remember our inaugural meeting as a happy life event.

When I first saw Karen I was captivated. I’d never seen anyone quite like her. Well, apart from her identical twin sister Sue, who was standing beside her placing her boyfriend Andrew in a headlock.

Despite being quite timid at the time, I plucked up enough courage to go ask this enchanting girl to dance. She treat my request with the courtesy it warranted. However, much to my disappointment, Karen declined saying she’d prefer not to dance in a the queue at Ronnie Keith’s butchers on Low Fell.

I left Ronnie Keith’s butcher shop crestfallen. I wasn’t stressed by being rejected by Karen, moreover that Ronnie had run out of pork chops meaning a return to the family home with nothing for supper. 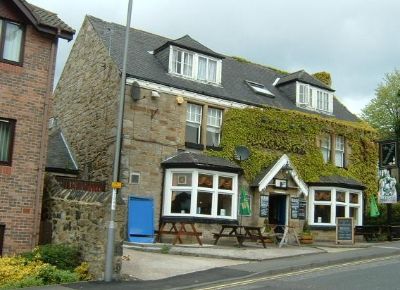 The second time I bumped into the girl who’d later become my spouse was a few months later, in the bar of The Beaconsfield pub on Low Fell, Gateshead. Standing next to the jukebox with some mates in the packed tavern, I caught sight of her chewing the fat with a group of her friends…… I always asked Ronnie to cut the fat off my pork chops, but this young lass obviously didn’t have a problem with it.

It was New Year’s Eve 1982, I was with a hundred or so revellers awaiting the dawning of 1983. My mates and I were residing in the more upmarket of the two rooms of the smallish pub on Beaconsfield Road.

By upmarket I mean it refused entry to anyone whose tattoos had spelling mistakes, which seemed a reasonable enough edict. However, if you wanted to rendezvous in the lounge of The Beak (as it was affectionately known), you had to ensure no one in the group had used the dyslexic tattooist Frankie Whim, who plied his trade on Kells Lane.

So through the very nature that Karen was in the lounge of The Beak, apart from having a twin sister and a dislike of foxtroting in Ronnie Keith’s butchers, one of the first things I learnt about her was she didn’t possess any grammatically incorrect body art.

As Karen’s group included a good friend of mine (Gary Hannah), once they’d finished chewing the fat, he brought them over to speak to my mates and I next to the jukebox.

Gary H is one of the nicest blokes you could wish to meet. Affable, engaging and always respectful he greeted me with his trademark smile, before asking:-

“Not bad thanks, Gary. Did you have a good Christmas?” I responded cordially to my good friend.

“It was OK thanks, Gary!” he retorted, still grinning.

“You’ve obviously not scrimped on the food, you fat get!” I mused.

“Nope, Ronnie Keith is going to have a statue built in my honour for the yuletide benevolence I granted upon his humble establishment.” Gary H jested.

Despite being intrigued by Mr H utilising words like benevolence and establishment for the first time, at this point I started chatting to the lass with whom I’d walk down the aisle five years hence.

I’m not sure how I impressed the Birtley girl during our first proper conversation. Could it have been with my inane patter, my ability to belch raucously or the fact I kept inadvertently making her laugh by giving myself a static shock on the jukebox?

Regardless, fate and Karen not possessing misspelt tattoos had thrown us together. A scenario which has been the case for 35 years; time which has witnessed the arrival of two children, four million cups of tea and a hamster called Norman.

That day I first met Karen in Ronnie Keith’s butcher shop god was indeed shining on me….. If I’d not let her join the queue in front of me I’d have ended up getting ecoli from the pork chops instead of the wee Birtley lass.