My little girl is 24 years old in a couple of days. I’d say those summers have flown past like migrating chaffinches, however that’s too clichéd and, if truth be told, it hasn’t really.

It seems an age since the midwife passed her to me like a scrum half passes a rugby ball, in the early hours of that day in mid March 1993.

On receipt of my newly born second child (Rachel), I held her tightly in my arms bearing no malice that I’d missed a Kojak repeat to drive her mum to hospital.

As I looked into this newly born child’s eyes, my wife Karen, exhausted and unnerved by the moustache I sported at the time, inquired “Well then. What are we going to call her?”

Our lack of a prepared girls name the result of us misguidedly being convinced her second pregnancy would end with the appearance of another son. We’d had a boy’s name prepared but not one for a child with two X chromosomes.

I suggested to my missus to name our new born after the lady who’d delivered her; a fitting tribute to the midwife with impressive rugby ball handling skills. However, after Karen found out she was called Creosote, my suggestion was dismissed out of hand.

To be fair to my fatigued spouse, she had a valid objection. Creosote Strachan isn’t a moniker to bestow on your baby daughter…….. Or indeed a baby son…… If our offspring had been a shed, I might have put up an argument about its suitability, but of course it wasn’t. We’d been blessed with a wee lassie, fair of hair and blue of iris.

That being said, at that time, my shattered wife probably felt like she’d given birth to a shed.

A few hours after the birth we agreed on the name Rachel. I left Karen and my baby to sleep, departing the hospital to pick up my 2 year old son Jonathon.

On seeing him, I told Jonny he had a new baby sister. The wee fella wasn’t overly impressed, responding that he’d rather have a new Captain Scarlet figure.

To try and raise his euphoria levels, I told him his sibling Rachel may not be part of the indestructible captain’s Spectrum team, but she’d already killed three Mysterons (their nemesis) in the first few hours of her life. 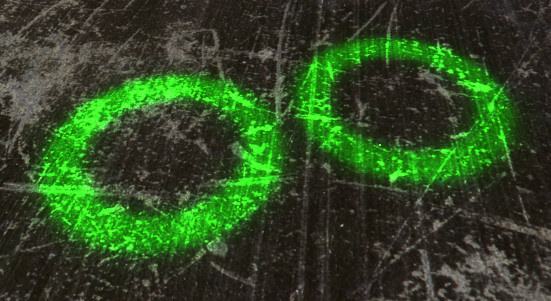 It was an ill thought out lie, which instead of pacifying him raised several questions from my inquisitive toddler.

“How did she kill the Mysterons, daddy?” came the first query.

I like to think I’m creative of mind, however as the presence of Mysterons was shown by light rings slowly moving across a wall, I struggled for a convincing response to the boy……. After all how do you extinguish what looks like a confrontational torch reflections?

“Errrrrr…… She shot them?” I unconvincingly lied again.

“What did she shoot them with?” the wee fella further inquired.

“Errrrr…… With a gun!” I replied, digging ever deeper.

“Can guns kill Mysterons, daddy?” the little chap asked excitedly. Much to my chagrin, he wasn’t showing any sign of relenting with his inquisitiveness.

“It appears so” I responded. Hoping that we could now move on so I could stop incessantly misleading my young child.

Before Jonny could ask me anything else which would result in me adding to my litany of untruths, I changed the subject. Telling him I was going to take him to the hospital to see his cool new sister who exterminates Mysterons.

With a spring in his step, he hurried with me towards the car. As I walked I vowed to myself never to lie again to my son.

“Did the stork bring Rachel, daddy?” Jonny asked as I fastened him into his car seat.

“Yes!” I told him, immediately breaking my vow!