It’s 1553 hour on Sunday 15th October as I commence this chronicle de ma journee. The delay in the penning of these cursory lexilogical meanderings not through procrastination on my part, moreover indulging in higher priority horticultural maintenance for mater.

Your mission (the reader), should you wish to accept it, is to read the following 500 words or so then seek out the perpetrator of these crimes against literature and grammar. With a view to educating him where to insert an apostrophe when a word ends with ‘s’.

If you are unable to teach him correct apostrophe use, hide his laptop. If he has more than one device, conceal them also; or just chop off his hands. Be aware, though, attempting the concealment of devices is the preferable solution, as you’ll very probably lose your liberty and waste your Costco subscription if you chop off his arm extremities.

Removing his hands will also make it difficult for him to put in his contact lenses and administer toilet hygiene procedures…… Incidentally, next time you’re at Costco can you get me two large tubes of Austrian smoked cheese and a pack of 450 quilted toilet rolls.

Your mission will be fraught with danger, however on the plus side at least you’re not called Grenville….. Unless you are called Grenville, in which case you should be thankful you’re moniker isn’t Treast. I know there is no such name as Treast, however, using a fictional name means I can bring closure to the paragraph…… Unless you are called Treast, in which case……  Ok, ok I’ll shut up; there’s no need to shout!

When I say fraught with danger, I’m probably being a little melodramatic. After all, attempting to educate someone to improve the quality of their grammar is hardly akin risk wise to taking on evil Doctor X and his army. A cut-throat crew who live in a spent volcano in the Pacific Ocean.

This ruthless squad are currently in the process of developing a ray gun that cause Costco checkouts to malfunction when they scan boxes of washing powder capable of over 100 washes.

Whether Doctor X is really evil is open to interpretation. After all, can having a grudge against Costco for refusing him a membership card for not meeting the occupation criteria be classed as being ‘of the dark side’?

Apparently, the US retail giant incurred the wrath of the good doctor when they barred him because they don’t include ‘Seekers of World Dominance with volcano based armies’ in their list of allowable membership occupations.

This blog will conclude in 5 seconds! 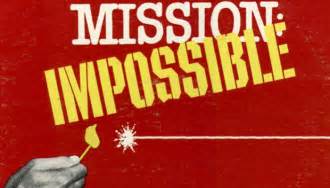