As the reluctant new head of the family, I recently took ownership of my dad’s key ring fob, This promotion the consequence of my dad passing last Wednesday.

This celebration of my unwanted promotion within the family pecking order exuded much pomp and circumstance. For the occasion I stood resplendent in my ancestral uniform (my dad’s trilby and a Geoff Boycott onesie). whilst taking the vows for my rite of passage.

As part of the transfer ceremony, I was tasked with reciting the cricket club song from the Ainsley Scragg team the old man played for in his youth. I was perfectly prepared to undertake this task, however in the absence of the song lyrics in the Warren Beatty life story or the profanasaurus, my brother Ian and I  were forced to improvise, so whistled an unconvincing version of Jay-Z’s ’99 Problems’.

Following the final verse my mum cack-handedly chucked the keys at me and uttered something in Latin which brought this moving service to a conclusion.

Although far more pressing things have been on my mind since my dad’s passing, I have to admit that since the ceremony I’d been intrigued at the purpose of a small black conical piece of plastic residing on our departed pater’s Automobile Association key fob.

Laying between his garage and house keys, I’ve spent several spare minutes of a hectic and melancholic week pondering what part this cone shaped accoutrement played in my late father’s life. 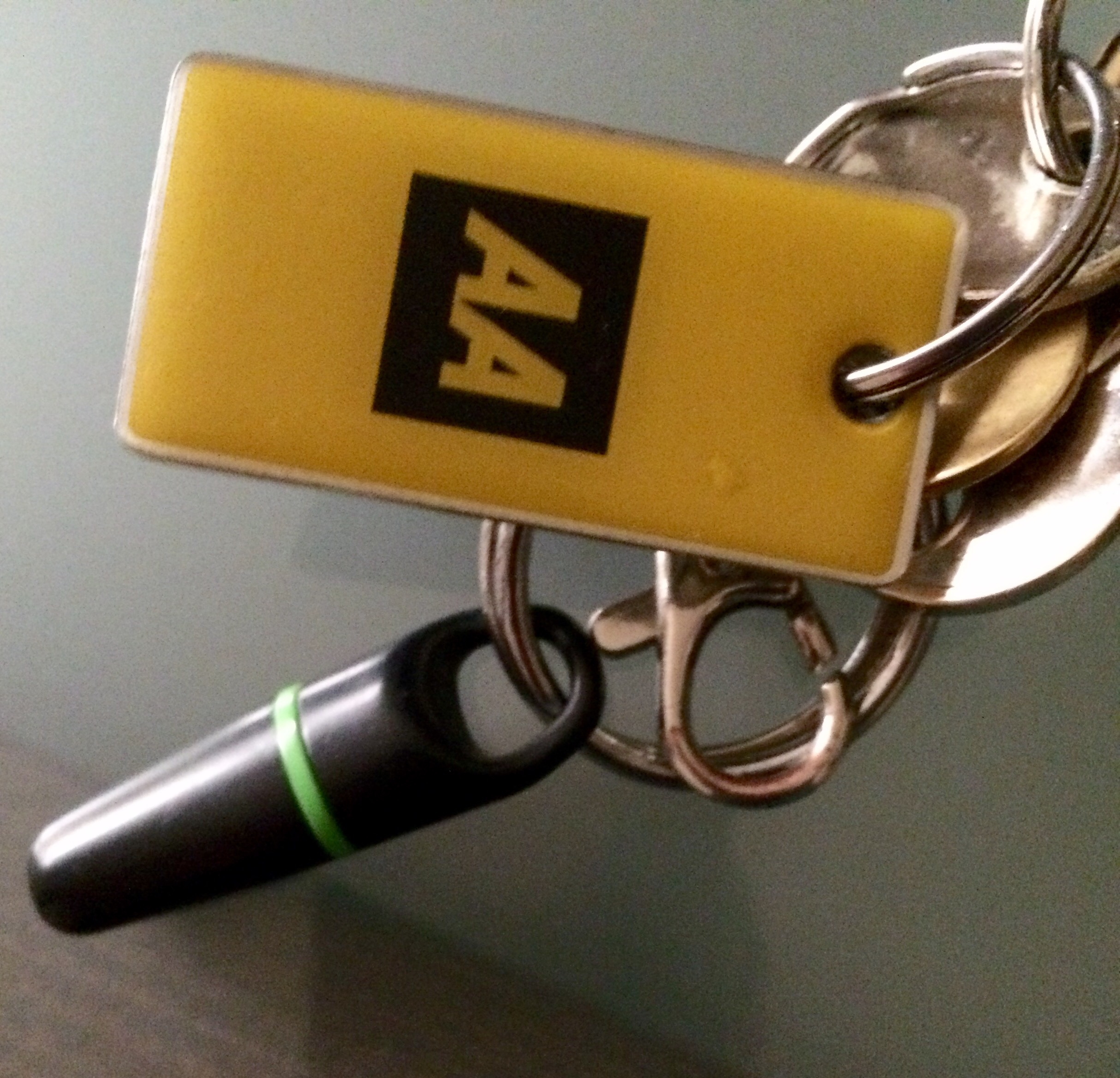 I tried manfully to get to the bottom of why my old man had possession of this plastic item. I attempted pressing, squeezing, along with twisting it and asking it politely to work, but I wasn’t able to ascertain the purpose of it’s mystifying existence.

On one occasion, the pressing of the cone coincided with a notable occurrence when a split second after squeezing it, out of the corner of my eye, I spotted that a few houses away the roof eves were dramatically jettisoned from the constructions gable end.

Mortified, I became temporarily concerned the key ring ornament had the power to cause wanton destruction of buildings. I was, though, at a loss as to what the heck my dad would utilise it for. He hadn’t a spiteful or pernicious bone in his body. Additionally, as far as I’m aware, he’d no plans for world dominance from extortion; underpinned by the threat of reckless building destruction from his black conical plastic thingy

Unable to see the lower floor of the home whose eves had mysteriously ejected towards terra firma, I walked around the cul-de-sac to get closer look at the damage.

Gratifyingly, a first sighting of the home re-assured me I hadn’t just inadvertently destroyed part of an East Ardsley village home. Instead the root cause a consequence of the ruinous activities of workmen replacing the residence’s sills and eves.

It was a mighty relief to find this fob item wasn’t the culprit of the building damage.  That being said, though, I was nowhere nearer being educated to the fob charms use. I pressed the plastic cone again and I heard my mums vacuum cleaner stop. I’m sure that incident was another false alarm, though, as it appeared to coincide with her turning off it’s power source.

Eventually, it was my mother who put my mind to rest as to what the old man utilised this black plastic key ring item for. She enlightened me it was a magnetic device to allow access to the social club where her beloved husband had been a member.

“I’ll have to return it when I get the chance.” my mum mused. Before adding “When I do, I’ll have to warn them how temperamental the device is. On some occasions when your dad pressed it instead of scanning it at the Connie club entrance, the door not only opened but their hoover bizarrely stopped!