Fathers Day has been and gone. The fat lady has sung, concluding the day when offspring pay their annual thank you to the parent with the beard…… Unless dad doesn’t sport facial hair, or mum does, making my statement less forensically accurate…… But you know what I mean!

Around the UK, dad’s wine racks will have been replenished, CD/LP collections added to with albums of artists from pater’s carefree days of youth. Tunes or names the offspring may not be familiar with, but nevertheless purchased as it’s a reasonably priced token of gratitude, which the ‘oldie’ will surely appreciate. A present given with the caveat that under no circumstance can dad’s uncool album can’t be played if school friends Jodie and Joss are around watching Hollyoaks.

My son Jonny bought me a vinyl LP record and a bottle of red wine. I chastised my daughter Rachel over her gift to me, feeling she’d spent too much on it……. It was her chuffing £75 phone bill! 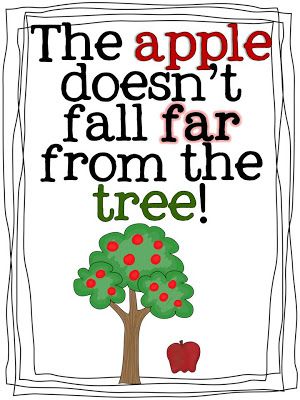 The vinyl album Jonny bought me was a Rat Pack compilation of Great American Songbook standards sung by Frank Sinatra, Dean Martin and Sammy Davis Jr. Being a big fan of Sinatra’s unmatched phrasing of the lyric and voice of velvet, it was a gift very much appreciated by GJ Strachan esq. These timeless tunes, which I’d been introduced to by my dad, never fails to move me; regardless of how often they reverberate around my ear drums.

Thankfully, it was only an album cover picture of Dean Martin that shared the gift bag with the bottle of red wine. If his reputation was accurate, and the real Dean had been about, I don’t think the wine would have remained corked long . Although I might be doing the late Ohio born showman a disservice, only last week I heard anecdotally that it was a myth that he drank to excess…… If that is true, from the footage I’ve seen of the Rat Pack live shows, he was chuffing brilliant at acting drunk.

I’m penning this homage to Fathers Day sheltering from today’s searing heat under a parasol in my back garden. I’m not complaining about the heat, after all we don’t see enough warm summer days here in the UK. That being said, at this particular moment in time I wish I could fit into my kitchen fridge to cool down at tad.

Saying that, I’ve never attempted the feat. Who knows, if I remove all the food and shelving inside I maybe able to squeeze in. I suspect I won’t possess the flexibility or size to achieve this eccentric cooling strategy, however I’ll file it as ‘got potential’ in the neurological folder labelled Ridiculous Epiphanies That Are Worth A Try .

It may turn out that I am a natural at a David Blaine like escape act, where I entertain by gaining my liberty from kitchen appliances accompanied by a suspense adding drum roll. Regardless, though, I’ll have to place this unlikely project on the back burner until I’ve shed a few pounds.

While reading my offspring’s emotive prose of gratitude within their two Fathers Day cards, I felt it profoundly difficult to rein in the tears…… Why the hell they felt the need to write their words of thanks on onions I’ll never know!