Yesterday, our clan learned the family head’s post-surgery progress was satisfactory enough for his imminent discharge from hospital.  Mally still has some occupational therapy (OT) hurdles to overcome, mainly surrounding stairway mobility, it was heartening to hear our clan head will soon be back in the bosom of his brood.

Attempting to motivate my dad with his stair management, I misleadingly disclosed that his surgeon recommended forthwith his consumption of red wine should now occur at altitude. As yet, this hasn’t improved the number of stairs he can manage. He’s been too occupied trying to purchase a Himalayan cave to undertake further physio.

After twenty four days ensconced in the Leeds General Infirmary (LGI), it will be good to have him back home. In fact, my mum nearly wept on hearing the news her husband of 57 years was on his way home.

Through a voice breaking with emotion, she confided to his nurse “I can’t believe he’ll be home so soon after such a major operation……. I just hope he isn’t as high maintenance when he gets home, if he does I’ll be forced to kick him up the arse!”

As a real home-bird, it was a surprise to learn my dad (Malcolm) is a tad reticent about his impending return to his domain. My siblings and I aren’t sure whether it’s through a lack of confidence, becoming a little institutionalised or just he doesn’t fancy our mum kicking him up the arse back in chez Strachan. 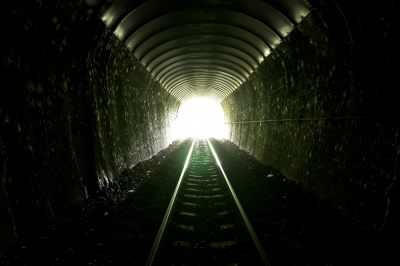 In a bid to ease his angst, yesterday my sister Helen and I gave him a pep talk, during which we were forced to tell him some home truths…….. The oven light had gone, the en-suite shower temperature troublesome and the front door lock was stiff…… We put him out of his misery, though, when adding we’d deal with them.

It was handy having our Helen there to talk to the medical professionals. She works supporting cancer patients through the non-clinical elements of their dreadful journey, so knows the right questions to ask. Without her there, we’d never have thought to ask key questions about dad’s transition, such as:-

“Do the thoraxal membrane acquilegions need treating by a district nurse, via home visit?”

“Is it essential that pulabury nertagal assessments are measured against discharge baseline metrics?”

“Is there anything we can do to stop my dad showing everyone his bollocks?”

As I’ve said before, my sis is the brains of the outfit who possesses a wide vocabulary; I’m even told some of the erudite words she utilises actually exist.

If truth be told, we are all envious that she is cleverer than the rest of us. In fact, my brother Ian last week unkindly proffered over breakfast he believes our Helen just makes up words. He also opined he’s the cleverest of the three siblings, which I didn’t respond to as he’d returned to reading the cereal box upside down.

Seriously, though, she is superb with dad. She is empathetic, a good listener, provides meaningful solutions for any conundrum and, to be frank, is a right clever shite!

Without my sister’s intervention, on his discharge we’d have struggled to deal with Mally’s thoraxal membrane acquilegions, not to mention effectively checking his pulabury nertagal baseline metrics.