An old acquaintance, who contacted me to send their condolences after hearing of my father’s passing on Wednesday, recommended an effective way of dealing with grief is to occupy my mind with a distraction.

He’s never had to deal with the passing of a close family member but on his recent college course one of the recommending course books was called ‘An Effective Way of Dealing with Grief is to Occupy Your Mind with a Distraction’.

I’m unsure why this reading material was recommended for his course as he was studying cookery, unless it was to assist the more sensitive chefs of how to cope after a catastrophic soufflé collapse.

Deeming my buddy’s suggestion as a useful idea, yesterday afternoon I attempted to briefly remove thoughts of losing my beloved dad by undertaking a practical activity.

My mate’s suggestion proved ineffective, however, when at no point during the distraction was the bereavement removed from the forefront of my neurological corridors………. In his defence though choosing registering the death at Pontefract Town Hall probably wasn’t the type of distraction he meant.

To be honest, I don’t even know if I’m grieving. The only emotion I’ve felt since Wednesday’s dreadful events is utter numbness. I refuse to cry or give any overt display of grief, as I need to hold it together for my mum and other family members.

It’s a post I didn’t apply for, or indeed want, I was perfectly happy with the performance of my father in the role. However, like it or not, I’m head of the family now which comes with responsibilities; not weeping being one of them.

Actually, I have one other emotion; that of anger, born from an underlying current of frustration after seven years of living with close family members afflicted by cancer. It’s another role I didn’t want, like the poor sufferers, but you don’t always get what you want in life.

That being said, I did  get a pet chipmunk as a child after asking my parents “Can I have a pet chipmunk.” …… We didn’t have it long, though, after my mum got rid of it for eating our sideboard. I’m unsure what she did with Chippy, however on the day he disappeared we had a very strange tasting roast dinner.

I realise my refusal at this point to openly grieve is probably not recommended by counsellors or indeed the Tissue Marketing Board, but it’s my current stance on the matter. There will no doubt be a trigger at some point that removes this hidden barrier. Until then I’ll plod along numb and angry.

While I was in Ponte Carlo (Pontefract), my mum and sister were liaising with the funeral directors and vicar to book a date/time for the service and cremation. They have chosen St Michael’s church in the village as the venue for the funeral service….. At least I assume it’s the St Michael’s in the village; I’m hoping my mum’s obsession with the Marks & Spencers store hasn’t driven her to hold pater’s remembrance in M&S at Pudsey. 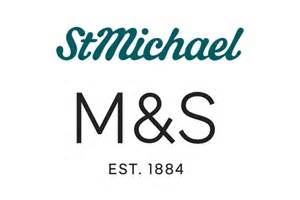