As July arrives at the front door enquiring if there is room at the Inn, I’d like to bid a vociferous good riddance to June. She turned out to be an odious mistress, whose watch was riddled with horrific incidents and ever deepening political turmoil.

A rancid bedfellow, June left in her wake thousands of shattered lives, an unlikely coalition of UK political parties in government and some concerning questions about austerity’s priority over the wellbeing of the UK populous.

For many reasons, I’m not going to pontificate or ramble vitriolic about politics. One of them being, I’ve been so sickened by the pictures of the London flat fire and numerous terror attacks on our shores, I’ve been avoiding the news. Subsequently, I’ve not got enough knowledge of the circumstances surrounding these repugnant events.

I suspect if the month of June 2017 had have been her beau, Shakespeare would have penned the counsellors au revoir as “Thank f**k thou departs presently, June; thine existence hath repelled the souls of this sceptred isle. Ne’er darken this door or seek mine attention again…… Oh, and can I have my Sgt Pepper album back thoust thieving b*****d!”

Hopefully, July will turn out to be a companion of greater humanity. 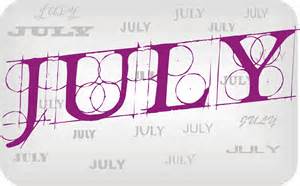 From a personal point of view, June 2017 also proved to be an emotionally draining time for the Strachan family. Concerns around my wife and dad’s health, worries about my work future and fiscal changes for the worse, raised stress levels up a notch.

One of the few positive moments of the month was I got to meet up with my brother and sister, whose company I’d not enjoyed for years…….. I’ve seen them lots in that time, just never enjoyed their company on those occasions.

Seriously, though, it was good to catch up with my siblings, despite this taking place in unpleasant circumstances, ie our father being seriously ill in hospital. We’d congregated to support pater before and after surgery during which a tumour the size of a grapefruit was removed. Hopefully July will see a start of a speedy recuperation for the man we love and owe so much.

It’s an encouraging sign his visage definitely exudes a healthier look than prior to the surgical procedure. He is in pain but that is from the surgery, which will hopefully diminish over the coming days and weeks. Thankfully, now at least his discomfort isn’t the consequence of an aggressive tumour.

When I visited him yesterday, two days after the operation, my old man wasn’t in a very good place….. No, I don’t mean he underwent surgery in Hull!….. I mean he was very disorientated and stressed about being bed bound. A man of routine, normally on a Friday at that time he’s at home being egg bound.

God bless him, though, he’s been a trooper this week……. And a baker, waiter, butcher and Scooby Doo….. I really wish he’d have taken some less embarrassing pyjamas into hospital with him!