I spent yesterday afternoon residing in a Leeds bar with around 20 ex-work colleagues. Our group consisted of a motley mix of old school computer mainframe operators, IT development/support people and a man with the dubious honour of being Basil Brush’s minder.

It was a cordial few hours catching up with people I hadn’t worked with for many years. That being said, Basil’s minder became unnecessarily confrontational if you mentioned anything derogatory about the puppet fox. 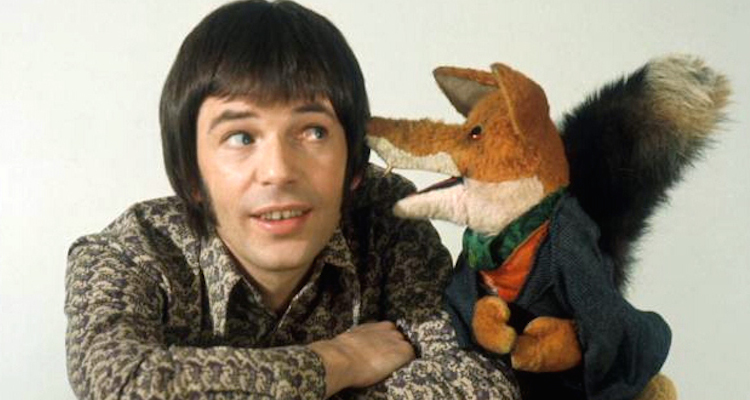 This re-union of staff from a financial institution was arranged by one of the ex-computer operators (who for anonymity purposes I’ll call Dave). A guy who started his employ there on the same day as yours truly.

Since that fateful day in June 1996, our fortunes have differed and while I write inanity for no reward, he has shot through the ranks to occupy the lofty role of ‘King of Social Media’. A job of such standing within the financial institution he lines directly into god, with a functional line into astrologer Russell Grant.

Despite his rise within the corporate giant, I’m not jealous of Dave’s career success. He’s a good bloke who thoroughly deserves his meteoric rise, along with the rewards and plaudits he receives…….. The bald get!

Unlike me, you’d never catch Dave sat in front of a laptop attempting to write a book called ‘My Cock’s On Fire!’; an unlikely yarn about an arsonist who owns a chicken farm. His existential journey takes him on a far more mainstream and ultimately rewarding route.

Good luck to Dave, though, he’s remained level-headed and not let his success change his personality one iota. In fact, apart from now parading around bars wearing a ‘I’ve Got A Much Better Job Than You’ t-shirt, along with an ermine cloak and crown, he’s the same affable guy I first met 21 years ago.

Hearing the success stories from old workmates was heartening. Many have done well for themselves; the only exceptions being Basil Brush’s minder and another ex-op who apparently now spends his days counting paperclips. Although I wasn’t inquisitive enough to enquire if that’s his actual occupation or he’s just turned into Raymond Babbitt.

It was good to meet up with people who share a space on the good times section of my life canvas. Scenes indelibly etched alongside workplace tales from my employ in Gateshead and London. Individuals who made the fact I didn’t really warm to either IT or shift work a little more bearable.

The group who met yesterday were all a little greyer, little balder and a little more concerned about Basil Brush’s security than I remember them. But age has not withered their underlying sense of fun, or in one lad’s case his desire to cover himself in tattoos.

As I didn’t want to spend today’s 29th wedding anniversary with a massive hangover, I left the group of ex-colleagues early in the evening to head back to chez Strachan.

On my way out I slipped on recklessly abandoned paper clips on the floor by the bar. As a consequence of grabbing the rail I didn’t fall, but nevertheless was slightly shaken. As I stood re-composing myself, I felt a tap on the shoulder and turned to see Raymond Babbitt…… Apparently I’d slipped on 29 paper clips.