I had a wisdom tooth extracted earlier in the week. It wasn’t decaying, but I asked for it to be removed as it was catching the inside of my cheek, which was starting to cause me discomfort…… Although, it has to be said, not the discomfort I got from seeing the bill to remove it!

As I had become quite attached to it, the extraction was an emotional occasion. Well I’d always been attached to it obviously, but you know what I mean ….. Don’t you? ….. Hey, you in Wakefield stop picking your nose when I’m talking to you!

Prior to its demise, the tooth enjoyed a hearty last breakfast of crumpets and Marmite in the company of his brothers and sisters. Its removal should have been last Thursday, however, there was an enforced delay of a week due to its last request of reading the full works of Shakespeare prior to the extraction.

There was a short ceremony before the tooth was removed. During which time sombre music was played as I shared my favourite memories of our time together.

This included whimsical anecdotes surrounding good times we had on holidays, breaks, sporting occasions and gigs. I also expressed how we both loved the Sopranos TV series…… Apart from the ending which neither of us still didn’t understand.

After my last goodbye, I wiped away a tear, followed by both the dentist and I standing quietly in a moment of reflection. On reclining in the dentist chair and I mused “Right let’s get this flaming tooth out of my mouth. It’s doing my bloody head in!”

I’ve always wondered how wisdom teeth got their name……. Well, to be honest, I haven’t….. The duration of the wonderment started about ten minutes before the extraction.

With this in mind, I asked my dentist if he could fill in this knowledge void. He responded that he believed they were named after the actor comedian Norman Wisdom. When I questioned why, he joked they can both be irritating little so and so’s, serving little purpose other than getting on peoples nerves. 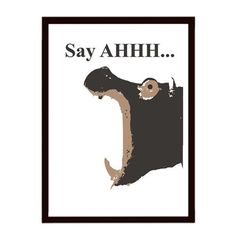 Talking of things medical, I took a taxi to my doctors first thing Friday morning to collect an urgently required prescription…… I’d run out of the medication that stops me wasting money on traveling by taxi.

When I got my Visa bill on Saturday, it became apparent my wife appears to have run out of the tablets that stop her spending on my credit card. Incidentally, that’s tablets of a medicinal nature, she has plenty of the electronic device type……. By the looks of it, mostly bought with my chuffing credit card!

I really don’t begrudge her anything, but some of her purchases on the Visa bill have been unnecessary to say the least. I mean at what point in your normal suburban family life do you feel the need to buy a klaxon horn?!

Even with the best of intentions, I can’t see why we need this cacophonous alerting device. To my knowledge Karen doesn’t intend using it to signal the start/end National Hockey League fixtures in our back garden.

Maybe, she’s bought it as an alarm for a remake of the evacuation scene at the end of the movie You Only Live Twice, on the bottom patio. It would sure explain why we’ve had 100’s of boiler suit clad film extras wondering around the back garden for a week.

Right, I must conclude this nonsense as I need to check why a bus load of hockey players has just pulled onto my drive!