I’ve got the last lawn cuts of the year to undertake today. It’s barely a event that will gain a mention on the national TV news (or indeed locally) unless it’s an incredibly slow news day.

It’s unlikely, however on a particularly barren Sunday in the BBC news room, who knows. The features editor may deem yarns of my garden maintenance have the newsworthiness to gain the accolade of primary news bulletin story. It won’t be easy, though, as I’ve learned Lowestoft farmer Frank Muddle’s tractor ran out of red diesel this morning.

I will also face stiff competition from Mavis Muddle, also from Lowestoft, whose husband Frank’s tractor ran out of red diesel this morning…….. I hadn’t realised that the Suffolk town was such a hub for big stories! 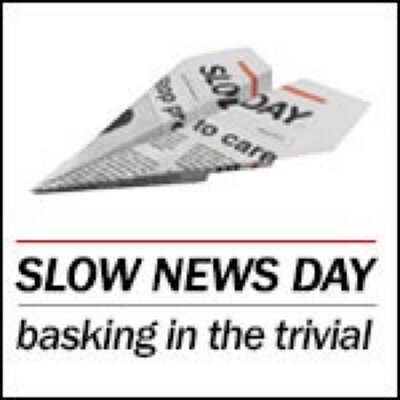 On reflection, it’s highly unlikely that this evening’s BBC news bulletin will see newsreader Clive Myrie commence the show by announcing the following:-

“Good evening…… Leeds based man Gary Strachan today cut his front and back lawns for what he hopes is the last time in 2017.

On conclusion of the work, a ceremony took place in Mr Strachan’s garden, attended by next doors cat Marmite and a solitary wood pigeon. Although the audience was soon reduced to one after Marmite pounced on the pigeon.

During this formal occasion, the blagging blogger put his rotary electric lawn mower to bed for the winter………. Mrs Strachan wasn’t very enamoured as not only does she deem the garage a more appropriate location for the mower, but she’s now been banished to the spare room due to the cutters residence in her boudoir.

Speaking through an interpreter, her fatha told us of his daughter’s displeasure, claiming she was “Flipsing feds up aboot getten mazaved oot of hoor razam!”

Yorkshire born Strachan, who was recently officially confirmed as evil in a separate ceremony by his fragrant mother-in-law, shrugged off his wife’s concerns. He claimed the concluding grass cut of the year had gone well. The only fly in the ointment being the no show of Lowestoft farmer Frank Muddle, who was unable to take up his invite after his tractor ran out of red diesel.

The Leeds based man. erratic of mind and random of epiphany, is hoping to be able to return to his beloved pastime of lawn maintenance sometime in March/April 2018……. Farmer Mr Muddle hopes to have use of his tractor later today.

Look, I know this is a non-story, but don’t blame me! …… I wanted to start with the story about Mavis Muddle, from Lowestoft, whose husband Frank’s tractor ran out of red diesel this morning……. If you’ve got a problem with it you try reading the news. It’s a bloody hard job, especially when the bloody editor constantly overrules you!……. I wanted to be a landscape gardener not orating inane yarns on auntie Beeb new bulletins, but I have this allergy to trowels!……..”

No doubt at this point the TV screen would no doubt go blank as Clive’s rant was unceremoniously cut from public view. As the production team tried restraining Myrie and get hold of George Alagiah to replace him, sombre music would play over the airwaves making viewers think a ex-X Factor star had passed away. The dirge only broken by intermittent appeals for Alagiah to contact his employers urgently.

However, I’d say that chances of this evening Clive Myrie reading the tale of my final lawn maintenance on the BBC News are highly unlikely ……. Rita Chakrabarty is tonight’s newsreader!