I lack the enthusiasm to write this morning. Although very much welcome, the raising of temperatures in West Yorkshire have exacerbated my current sleep deprivation, sapping my energy.

Sitting here in my unlucky shorts (my lucky ones are in the wash after I got run over by a taxi in them yesterday), and t-shirt my brother bought me for my birthday, I try unsuccessfully to open the portal in my mind labelled ‘Epiphanies & Shopping Lists’.

Banging on the door to try gain access to the portal is thus far proving futile. The only response I get emanates from a Welsh voice on the other side, which advises I can’t gain entry without utilising the password……. In the unlikely event you wish to visit the ‘Epiphanies & Shopping Lists’ portal in my brain, please be aware that the password isn’t tugnuts.

Incidentally, when I say the Welsh voice on the other side, I’m referring to the opposite side of the metaphorical door to my creative thoughts. I’m not suggesting for one moment that late Goon Sir Harry Secombe regularly visits from the afterlife, intent on controlling my thought processes

If he did my narratives would be a lot funnier, not to mention would no doubt include the occasional airing of surreal prose, such as song “Ying tong iddle I po.” 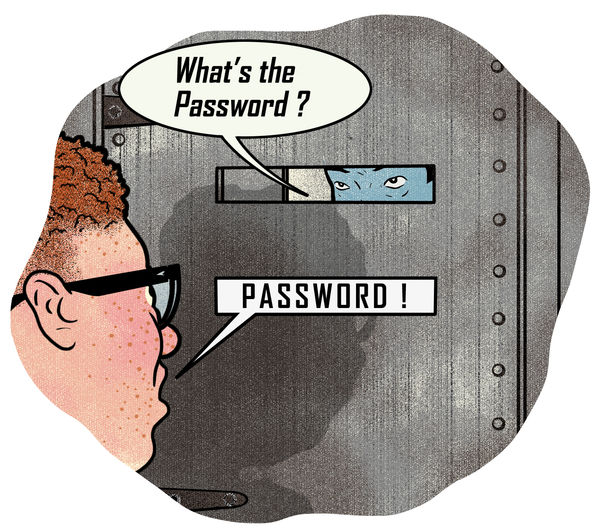 As I write this element of the blog, I’ve just been granted access to the ‘Epiphanies & Shopping Lists’ portal following luckily guessing the password. Evidently, it was “Let me in you Taff get!”

To my relief, I now have unhindered availability to my own ideas, along with being reminded I need cheese, eggs and bleach from the store. I’m informed they are required for a quiche my wife is baking for tea.

To clarify, the bleach isn’t one of the ingredients in the quiche, it is handy, though, to have around for the day after should food poisoning strike.

It was a relief to fortunately guess the slightly disparaging password, as doing so banished my earlier barrenness of thought into the ether. You can’t write without ideas, but I feel I have the wherewithal to self-indulge myself with inanity, prior to the post-quiche sickness and trots kicking in tomorrow.

To be fair to my wife Karen, her cooking has never given me food poisoning. According to my spouse, the botulism incident in 2009 from eating improperly stored prawn toasts doesn’t count. After all, my wee Geordie lass argues, she didn’t deliberately store shellfish in the airing cupboard, it was an oversight. I agreed storing accidentally wasn’t a deliberate act, I’d counter, though, cooking them still was flawed strategy!

The botulism left me terribly ill for days. At one point, I was vomiting so violently I almost turned myself inside out.

With my body traumatised for days after the incident, I was diagnosed as suffering from PTSD (Prawn Toast Sickness & Diarrhoea)…… I knew Karen’s mum’s six years at medical school would come in handy one day.

At one point, I dehydrated so badly I hallucinated I was starring in a never-ending episode of Judge Judy. To add to my angst, whilst witnessing these false images, my litigation against my wife was thrown out by Judy…… Next time I sue someone I’ll ensure I file the motion through with Judge Rinder’s court!

I’m not a vindictive man or bearer of grudges, so in March 2015 I forgave her.

Right, the Welsh guy is about to lock up the portal door and change the password, so I’m off!