Ordinarily, I don’t take my iPod when I go out for a wander. A reticence born from fears about ‘treating’ passers-by to over enthusiastic singing along with a Coldplay song, or whistling the brass section notes of a Phil Collins track from the album Face Value.

Today, though, I took the radical step of accompanying a wander to the post box by listening to a playlist on this little used musical device……. God, I’m such a maverick!

While I strolled along the block paved byways of our cul-de-sac with the Coldplay anthem Charlie Brown blaring in my lugs, it felt as though I was appearing in the worst music video ever made.

Don’t get me wrong, our east Leeds surroundings are pleasant enough. This canvas of green lawns, shrubs, trees and predominantly well maintained houses, is a much sought after suburban area.

That being said, when Chris Martin and the lads shoot their next video I’d recommend against a storyboard of the walk from my front door up to the post box at Austhorpe. 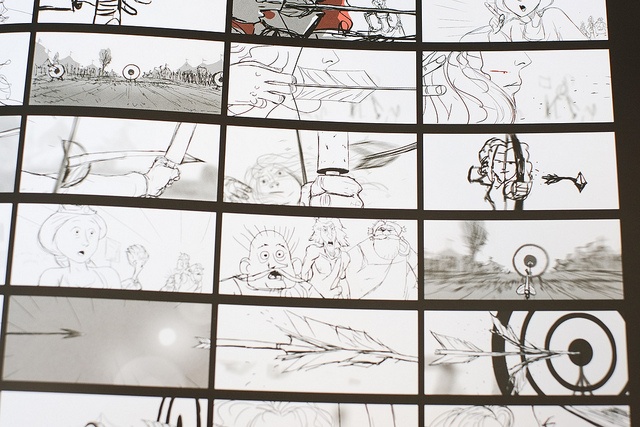 I’d proffer the entertainment value of my nasal hair flapping in the spring breeze, my neighbour Mike’s cat chasing a blackbird in an adjacent cul-de-sac and a lion mauling Frank at number 109, probably wouldn’t increase download sales. Unless, of course, the scenes were heavily CGI’d.

If computer graphics were used to, say, portray Mike’s cat singing along to the song, and there is a scene of Tarzan swinging from my nasal hair to save Frank from the mauling, the visual end product would certainly be enhanced.

Perhaps, the walk up School Lane could be livened with special effects. Maybe employing the use of cascading of colour, as utilised in Coldplay’s real Charlie Brown video.

Maybe, it could incorporate a scene where Chris Martin cannot be bothering to cross Selby Road to the box post. Instead, hurtling the letter boomerang style across four carriageways into the red receptacle. Upon receipt, graphics could portray the box as belching and says “More tea vicar?”

Leading to a scene where other band members Jonny Buckland, Guy Berryman and Will Champion (who are heading towards the Skyliner for battered sausage, chips and curry sauce) scold the uncouth mail receptacle, exclaiming “Manners!”

The video ends with Berryman and Champion arguing with the lass behind the counter at the chippy. A disturbance fuelled after finding out Buckland had received more curry sauce than them.

Here would endeth a visual masterpiece. A piece of art that will be classed in the timeless bracket enjoyed by The Beatles Yellow Submarine cartoon or Michael Jackson’s Thriller video.

After reading back this intentionally surreal narrative, I don’t know whether to be concerned about my mental health or impressed with my creativity….. or both!

Will Coldplay embrace my storyboard ideas for their next song video, a piece to be filmed in LS15?…… Highly unlikely!…… For a start, following the curry sauce incident, I doubt Guy Berryman and Will Champion will be rushing back to East Leeds anytime soon!