Today marks the first anniversary of the death of the Ray Tomlinson, the man credited with inventing email, at the age of 74.

It’s unknown if the New York engineer left an ‘out of office’ message advising he’ll respond when he next has wifi coverage. Similarly, rumours of burial in a deleted mail bin at a quiet family funeral were unconfirmed.

It was Tomlinson who, in 1971, devised the program allowing the sending of mail between users on different computer hosts. The solution afforded by connecting separate platforms with an early network called ARPANET.

Previously, mail could be sent only to others who used the same computer. To circumnavigate this the New Yorker used the @ sign to separate the user name from the name of their machine. A scheme which was adopted as the recognised naming convention for email addresses.

Tomlinson couldn’t recall the contents of the first ever email, but an unnamed colleague thought it could have been “Meeting at 11:00 to discuss redundancies of postal delivery staff. As this is highly confidential, keep it under your hat! …… If you haven’t got a hat just don’t tell anyone! …… By the way your flies are open!” 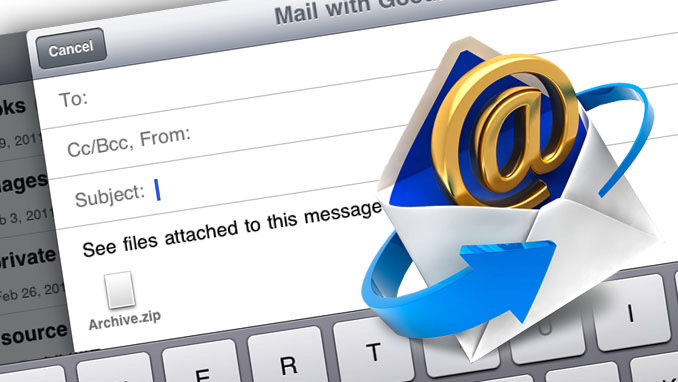 As with conventional mail, the receipt of an email brings a mixture of emotions. Good news makes you jump out of your chair, punch the air in exultation and shout “Get in there you beauty!”……. What do you mean you don’t do that?…… You’re so bloody undemonstrative!

Then there are the marketing emails with vast distribution lists offering a mixture of deals of the day/week. Within them you may unearth the odd gem like a good value holiday, cheap break, a meal deal or gadget reduced in price.

Unfortunately, these emails appear to be blast emails, though, so on occasion the demographic targeting can be a bit out. For example, I’ve had emails that have included offers for vibrators, a deal for breast implants and a cut price massage from an orangutan.

I was going to take up the orangutan massage, but was warned that with my hairy back I might be the subject of unwanted advances, so decided against it.

Another form of email are those which are undesirable as bills and tax demands delivered in conventional post. These are heart sinking electronic communications demanding the settling of an invoice for things like vibrators, breast implants or an orangutan massage.

I shouldn’t forget the amorous type of email between lovers. These are an alternative to the traditional love letter, where you shower your beloved with sanguine words of romance. Sonnets of unbridled quixotic splendour which result in the inevitable acquiescence of your suitor.

These courtship emails woo your intended with a veritable lexicon of romantic impetuousness. Chivalrous prose of such power that will make your beloved forget you ran over her cat the last time you visited.

How could your intended resist when greeted with the electronic words of “I’m sorry about Tiddles the cat, love! But as recompense I’ve arranged for you a spa treatment…… Do you like orangutan massages?”

Or if poetry is your thing, you could woe your partner with chimerical colloquy of prose. It is said a well penned poem has won the heart of a fair maiden…… It’s apparently more effective than querying which football team she supported anyway.

I found the following poem was always well received during my courting days in the north east of England:-

You are quite canny,

If you show me your face

I know it doesn’t rhyme brilliantly at the end, but I really struggled to think of anything suitable that rhymes with canny.