Yesterday afternoon, I journeyed by automobile to the fragrant Junction 32 Retail Outlet at Castleford. This out of town consumer utopia is my wife Karen and my ‘go to’ destination if we want a pair of jeans for a 39 pence, or a magical purchase you can’t obtain anywhere else.

Quirky items such as a frying pan that can give the current time in 25 major cities, along with a clock that can fry bacon……. Although, coming to think of it that might be the same product!

The Retail Outlet which is twinned with Narnia and the chippy in Methley, is a mystical domain where dreams really do come true!…… Well they do if your dreams are to invest in a pair of jeans for 39p or a frying that can give the current time in 25 major cities.

Incidentally, when I wrote that this trading post was twinned with the chippy in Methley, I was referring to Arthur’s Chip Emporium, not the village’s eccentric carpenter who constructed the Leaning Bridge of Oulton out of wood and the souls of the oppressed.

It would quite frankly be a ludicrous assignation on my part to claim an out of town shopping centre had been twinned with a man who built bridges that tilt….. Although, then again, I suppose so is claiming that the Junction 32 Outlet has been paired with a Fish and Chip shop in an East Leeds village…… Anyway, moving on swiftly.

That being said the chip shop in Methley probably has more in common with the retail centre than Narnia. A fictional land accessed via a wardrobe, whose National Anthem is The Birdy Song and man-eating large cats mingle fractiously with witches. 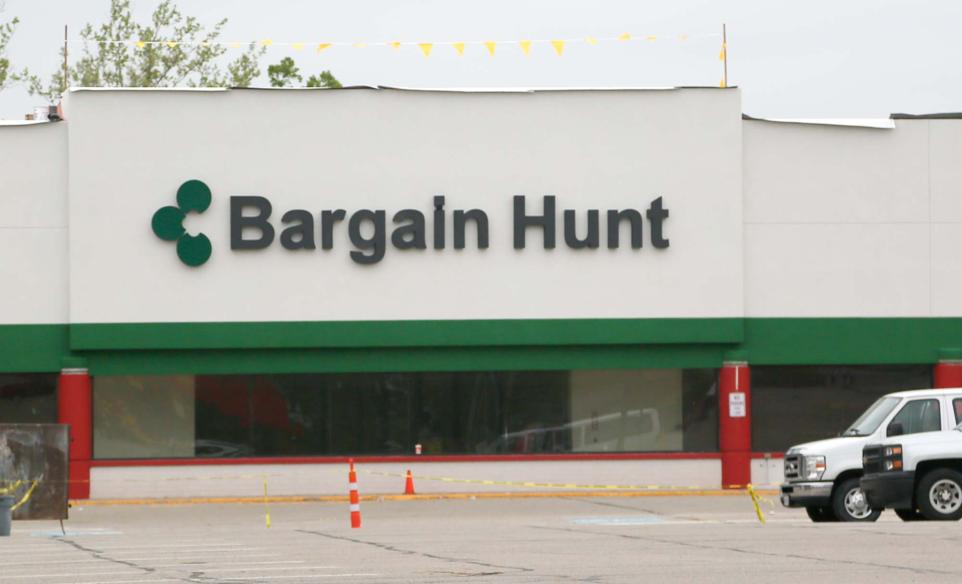 During our amble around the West Yorkshire market of mystic, a portal of peddling perfection, this phoenix of purchasing, Karen and I took advantage of many enticing store offers. For instance, she got 4,000 greetings cards for £1 in one shop, whilst I bought 24 million piece scale jigsaw of Leicestershire for 89 pence in the Chuffing Massive Jigsaw Store.

I never do jigsaws as they bore me senseless; but how could I not buy it when it was so reasonably priced? Scores of trees would have given their lives for this huge wooden puzzle; the ultimate sacrifice only bringing in a measly 89 pence who sanctioned the slaughter. My overly sensitive disposition and humility leading me to this unwanted purchase.

Karen wasn’t overly enamoured with my impulse buy, especially when she found out it was to be delivered in a 25ft square box. I’m not really sure what her problem is, after all she’s always wanted a conservatory…….. Chuffing ungrateful mare!

In fact I’m so put out with her attitude, if she wants to borrow my good pen to write those 4,000 greetings card she can go bollocks!

Despite our frugality around the stores, it still turned out to be an expensive sojourn, as a cappuccino and an Americano coffee cost roughly what I owe on my mortgage. Even with a coupon to reduce the cost of the two caffeine laced refreshments, I still could have return travelled to and from Brazil to pick the beans for less cash.

It was a fraught journey home, Karen annoyed at the cost of the coffee, along with the recent realisation that I wouldn’t lend her my expensive pen for her greeting card scrawling.

Right I need to get off, my 24 million piece jigsaw has just arrived……… At least we’ll have plenty of fuel for this years Guy Fawkes night bonfire!