Another day, another claiming of squatters rights in a hospital waiting room. On this occasion, the trip is for the oncologist to provide a family member with results from a previous weeks CT scan..

Outside the heavy precipitation taps against the waiting area window as if its trying to grab my attention. Irrationally, I opine the rain is goading yours truly; advising I may be safe at the moment, but promising me a soaking on leaving the building.

My relative is sat next to me reading a newspaper. On my occasional glance over his shoulder, I’m greeted with the usual Tory propaganda peddled by this rag, which appears to have veered even further right with the UK General Election only two days away.

In the build up to polling day, I’ve endeavoured to avoid reading papers, or even listen to the campaigning on TV. This the consequence of disillusionment with mainstream political parties, who are vague on policies. Instead, opting for a strategy of mud slinging soundbites, while leaving us guessing what they would ‘bring to the table’.

In current world politics, it feels like parties are guiding the electorate away from the notion that party policies aren’t the most important consideration when choosing a new leader. Our political parties seem to advocate to punters your final vote should rest more on who you find the least objectionable and most trustworthy individual(s).

They, of course, are both key attributes for a leader of a country to possess. However, I’d prefer election campaigners to inform me how UK citizens lives will change if we elect them into government.

For instance, what do they propose to undertake to deal with the individuals in this country indoctrinating their kids it’s acceptable to barbarically slaughter other people’s kids. Cowardly acts undertaken on people whose only ‘crime’ is they don’t share their own cruel draconian ideology.

As I’m avoiding the current campaigning circus, though, if the parties answered that question I wouldn’t hear their proposal anyway. 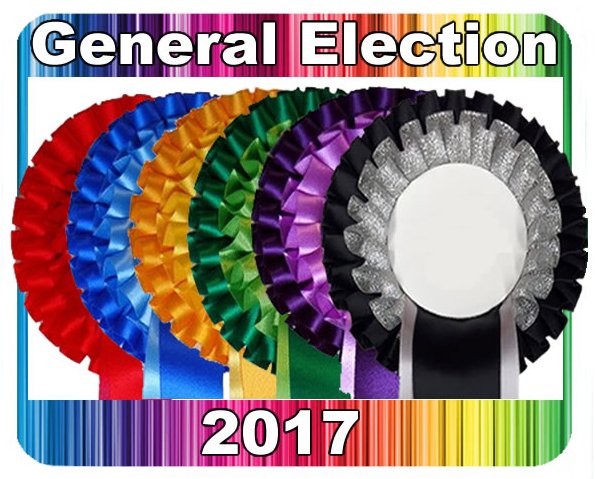 After a few days of unbroken sunshine last week, the capricious weather gods appear to have decided West Yorkshire folk have reached their quota of solar rays for a while. As a consequence, this week they’ve inundated us (and large swathes of the UK) with rain.

At the end of last week, meteorological conditions were so pleasant I was penning my daily narrative outside. This undertaken with a parasol reducing the solar glare on my laptop screen, as well as shielding me from the searing rays of the Yorkshire sun.

On one of those sun-filled days my wife Karen decided to iron alfresco…… Alfresco, our cat, wasn’t overly enamoured by my spouses actions, resulting in him bolting over the back garden gate when the missus released the grip on his torso….. I’m sure he’ll return one day, less flat but with a wealth of feline anecdotes from his sabbatical.

On concluding her cat ironing, Karen proceeded to undertake a far more orthodox household chore…… She’s vacuumed the back lawn!…….

** Incidentally, I’d like to clarify that Karen has never ironed a cat, or indeed any animal…… That is unless you class tea towels as mammals, in which case the cruel so and so has.

Even with a parasol, last weeks penmanship outside wasn’t that easy with the sun’s glare exhibiting an intensity similar to the gems on a priest’s crosier. These extreme solar rays brought to mind the acclaimed prose of late East Anglian poet Fermal Undies, who once famously penned of sunlight:-

The sun is intense

It wasn’t my favourite poem of his, however, it struck a chord with me and for years has had a special place in the ‘not often used’ section of my brain.  It’s stored next to happy Leeds Utd memories in the last ten years and Richard Madeley’s anecdotes.

Sadly, the poem of Undies which subsequently raised his profile, earning him rave reviews like ‘It’s not a sh**e as the other detritus had churns out!’, was sold after he had passed. The lucky buyer was an addled old Ipswich man, who parted company with £3.50 at auction for possession of the sonnet. That acclaimed prose went as follows:-

The cold is intense

Nevertheless, can you still lend me 50 pence?

Although, the structure and content of the two odes look similar, the former is described as superficial and lazy by literary critics. Whereas the same judges deem the latter to be a literary masterpiece that exudes pith, along with being a bargain at £3.50.

What does each piece of prose really mean? What was Fermal Undies trying to tell us when he bestowed these sonnets to the literary world?

I’m no art critic and lack the literary skills required to pick through the minutiae of the words to give an informed opinion. What I will say though is that, regardless of the weather, Fermal Undies always seems to be on the cadge for money!

To close, my family member has just finished his consultation with the oncologist. He saw a different doctor today, an Asian guy who bore the ecclesiastical moniker of Moses.

Despite being told by him ‘thou shalt not drink wine with the medication’, my relative quite liked this affable young man…… Although, that being said, god only know how he’s going to swallow the ten enormous stone tablets Moses prescribed for his condition!