On this day in 1969, Apollo 11 launched from Cape Kennedy in Florida,

The crew of this momentous mission Neil Armstrong, Buzz Aldrin and Michael Collins left terra firma that day knowing one of them would soon make history by becoming the first man to set foot on the Moon.

En route it was decided that man would be Armstrong, after a controversial game of Paper, Scissors & Stone with his follow astronauts. It could have been so different, though, with Collins being victorious in the initial game. However Armstrong, as commander of the mission, demanded a best of three game in which he prevailed.

Armstrong’s inaugural Moon walk provided scientists with a whole lot more data about the satellite’s terrain and surface composition. However, they were and still remain at a loss as to how a Walmart shopping trolley got up there! 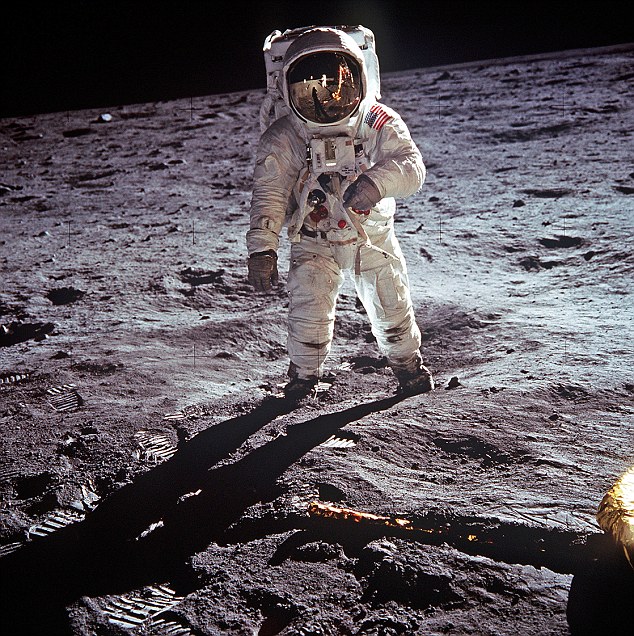 Being a six year old boy at the time, my recollections of the event are pretty sketchy. I can recall a bit of a fuss in chez Strachan during the Florida launch, along with when Neil Armstrong took those historic first steps. That being said, though, I was far too young to understand the historical significance of what I was witnessing.

If memory serves me correct, on the day of the rocket launch I took a break from playing footy in the street, to view the historic monochrome pictures on the family’s TV set. As a young lad, a rocket being fired skyward was always of interest, even with little grasp of the significance.

Much to my mum’s relief, my younger brother Ian took a rest from breaking ornaments to join us. Between the two of us, we broke numerous ornaments over the years from kicking a football around indoors. In a misguided attempt at covering our tracks, if mum and dad weren’t around, we’d replace the ornament on the sideboard with the smashed bit hidden at the back.

Unsurprisingly, there was no forensic science, finger printing or identity line-ups required when crime scene investigation was undertaken. Our mum didn’t need Poirot to solve The Mystery of the Damaged Ornament.

Despite much evidence to the contrary, as young lads we didn’t suss that as soon as mum dusted our misdemeanour would come to light. As a punishment we’d get a smack and were banned from watching that days Watch With Mother on TV.

Our Ian wasn’t that bothered, though, as the Watch With Mother ban meant he’d more time on his hands to play footy in the house to break more ornaments………. It was a vicious circle of breakage and punishment!

I have a vague recollection of watching the first Moon landing in 1969 on the TV in the flat above my granddad’s shop in Armley, Leeds.

To say the grainy picture of the landing lacked clarity was an massive understatement. In addition to this, the viewing experience was diminished further, as every time a car drove past it caused TV picture interference.

As a six year old the suspense at what he actually said stayed with me for………oohhhh, at least two minutes.

As I said above my interest in the whole thing was minimal due to youth. I do wish I’d have been older to have understood the significance of this momentous event. However, I wasn’t so it’s pointless dwelling on it.

Mind you, I could say that about lots of events in the decade of my birth. The 1960’s spawned an England football World Cup win, the era of The Beatles, ramping up of the Cold War after the Cuban Missile Crisis, three assassinations and major civil rights developments in the US and Bobby Charlton going bald, to name a few.

Billy Joel captured a few more things in that decade in his song We Didn’t Start the Fire:-

Pope Paul, Malcolm X, British politician sex
JFK, blown away, what else do I have to say

The police appreciated Mr Joel’s full and concise cooperation during his statement. However, declared post-interview they were no nearer finding the arsonist!