I’m starting this narrative sitting in a waiting room at the oncology unit St James’ Hospital. An unexpected attendance at the Leeds Teaching Hospital, after a family member was earlier given an emergency referral by his GP. A cautionary move seeking an oncologist opinion about the tumour complications he was experiencing.

I assume it’s his tumour the female GP wants a second opinion about anyway. Not the oncologists take on the quality of the winning Portuguese song in Saturdays Eurovision Song Contest.

I personally can’t comment on the merits of the victorious Portuguese song as I’ve not heard it. All I know about Salvador Sobral’s ballad is it was performed by Salvador Sobral and it’s a ballad.

I’m told the winning tune is a heart warming love song. As a born romantic, I’ll have to familiarise myself with the lyrics, so I can serenade my wife Karen with it over a candle lit meal next weekend.

Hopefully, I’ll remember the candles this week. I forgot last weekend and had to substitute illumination by wax and wick by igniting two Toffee Crisp chocolate bars.

Despite the aroma of melting chocolate, burning nougat and crispies being bearable, I was disappointed at the longevity or brightness in this method of setting a romantic ambience. With this in mind, I don’t intend to replicate this method of candle replacement.

I’ve not watched the Eurovision Song Contest since the 1970s, for no other reason than I don’t want to, as I don’t find it entertaining. If I wanted to subject myself to music I find insipid and uninspiring I’d listen to the compilation album Now That’s What I Call Insipid & Uninspiring Music.

I’m reliably informed by a woman in this waiting room that the UK hasn’t won this competition of European musical artistry since 1997. I knew wearing a t-shirt adorning ‘When did the UK last win the Eurovision Song Contest?’ would eventually pay dividends.

It’s now three hours since I commenced this prose and I’m still in situ of the oncology unit waiting room. In fact, I’ve been here so long I could probably legally claim squatters rights. Incidentally, that is in no way a criticism of the NHS, who have provided excellent treatment, care and support to my family, throughout our sombre voyage. 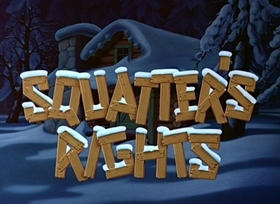 It’s taken me longer than usual to pen this monologue, the result of nodding off in this uncomfortably warm waiting room. It was merely a cat nap, but I drifted off long enough to have the most peculiar of dreams.

In these visions of slumber, I discovered that the world was flat and not round after all. This a conclusion I inadvertently reached during a family holiday where I fell off the east coast of Mozambique.

On waking from this nap, I startled the other occupants in the waiting room with shouts of “I knew Aristotle was wrong about gravitational force, chuffing attention seeker!” My family member, embarrassed at my waking cry, apologised to fellow patients and their families, informing them “Don’t be concerned, he’ll have been dreaming about falling off Mozambique again!”

Right, as the oncologist has just shouted my dad, I need to bring this blog to a conclusion…… I’ll pass on later what the doctor thought of Portugal’s winning Eurovision entry!