Yesterday, Karen and I were heartened to receive a phone call from our daughter Rachel, who’s currently residing in Canada. Amongst the many things we discussed during this erudite interaction, my offspring apologised for her recent astronomical monthly phone bill (which I’m paying).

The irony of someone ringing to apologise for over-spending on their phone wasn’t lost on me. Thankfully, Rach assures me that she is no longer using her UK sim and has placed her device into ‘Airplane Mode’. I’m hoping she means her device will now stop receiving 4G data, not that her next bill will be similar to the cost of a chuffing Boeing-767!

She seems to be loving her time in Alberta where, in between working front desk at a hotel, she is gradually ticking off items on her bucket list. When she eventually returns to the UK, god only knows what she’s going to do with all the buckets she’s collected, but that’s her problem not mine!…….. Seriously, though, I’m just hoping that near bankrupting me with phone costs wasn’t on her bucket list, or there’s no other unexpected costs around the corner. 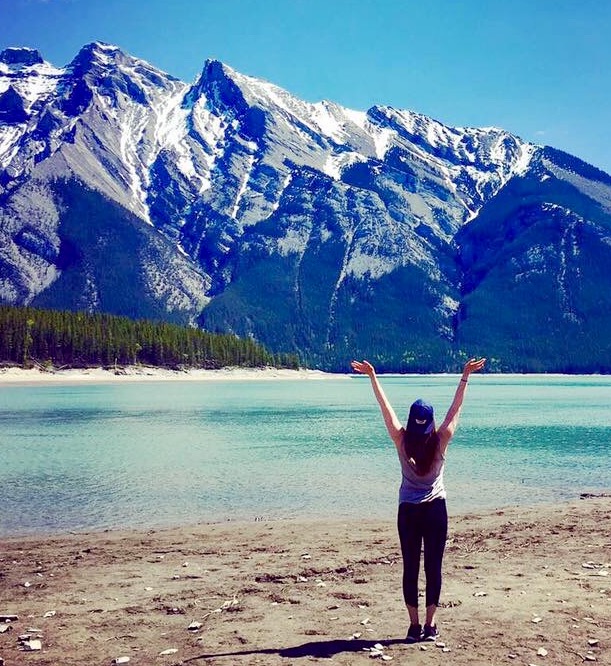 Among my daughter’s first experiences was her recent first sight of a Grizzly bear in the wild. As much as I love the fact she is broadening her horizons with her travelling, this encounter seemed pretty dangerous to an uninitiated Englishman like yours truly. Thankfully, Rachel alleviated these concerns by informing us she was on a bus when they passed the Grizzly, meaning the bear was perfectly safe.

It was around 9am in Alberta when she rang, so there was another chuffing first her as I don’t think she’s ever seen that time in the UK. She’d risen earlier than normal on a non-work day for a kayaking expedition with a friend.

When I dropped her off at Manchester Airport in May, I felt as though I needed to give her a snippet of profound advice to take with her to Canada, so the last thing I proffered was “Be true to thyself.”…….. Thank god she didn’t ask me what that meant as I haven’t got a flaming clue. Not that she listens to my advice anyway; after all the penultimate advice I gave her at the airport was “Don’t spend a chuffing fortune on your phone.”

Hearing her so happy over in the land of the maple leaf was uplifting for both her mum and I. She even told her mum that working front desk is “The best job I’ve had.” Apparently, yesterday she got a tip of 20 bucks just for providing guests with directions……. God knows how much she’d have received if she’d given them the correct route!

As the phone call drew towards it’s conclusion, I wasn’t sure how to end the conversation, so foolishly revisited my Manchester Airport advice to Rach of “Be true to thyself.”

“What exactly does that mean, dad?” my daughter queried. Flustered, like I was when the kids first asked me where babies come from, I replied:-

“Ask your mum.”………. I know that’s a rubbish stalling tactic, but at least I didn’t respond “The Arndale Centre in Crossgates”, like I did when Rach and her brother asked where babies come from!