Despite it still being March, yesterday’s pleasant West Yorkshire temperatures allowed for our family Mother’s Day roast dinner to be consumed alfresco.

The sunny temperate weather enabling my wife, adult children, my parents and I to sit comfortably at the patio table, whilst we chewed the fat…… I knew I should have bought a leaner cut of meat!

Only kidding, the silverside cut of beef from a local butcher was bereft of fat, but thankfully not of flavour.

The decent weather and gratifying cuisine were a fitting way to give thanks to my wife Karen, along with my mum Maggie, for the years of mothering skills they’ve bestowed upon our brood.

The preparation and production of the meal was a culinary collaboration between my son Jonny and me. A task we embraced with a joint determination to make it a meal to remember for our respective maters.

We didn’t let them down, producing cuisine of such quality even my notoriously critical mother said “It wasn’t as s***e as I thought it would be!” after completing her plateful of scran.

Even my occasionally abrasive daughter Rachel made the effort to ensure her mum had a good day. I’m sure my spouse was hugely grateful that Rach assisted in the eating of the chocolates her brother brought as a Mother’s Day gift.

She’ll be similarly touched by Rachel’s selfless present of not leaving her bedroom in as much mess as usual. My daughter’s thoughtfulness meant my missus only had the bed to make and retrieve 4 mugs from her chamber that sunlit Mother’s Day morn. 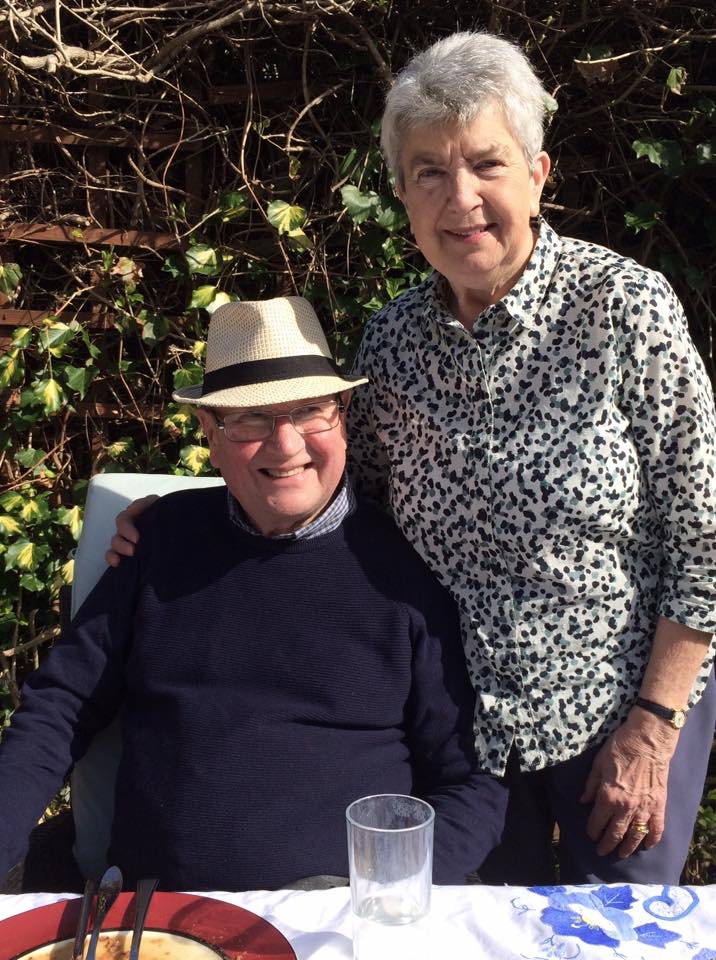 Yes the sun definitely had his hat on this weekend. Unlike my dad Mally who was sheltering his bald pate with my hat. My pater adorning the trilby meant the beef wasn’t the only thing being roasted. Until I retrieved my flat cap from my son, which he’d donned on his arrival from his home in York, my visage received an unwanted singeing.

The beef was served medium, but my faces excessive exposure to the sun’s rays resulted in that being presented well done to burnt.

Despite a rubbish few months health wise, my old man was in good spirits yesterday. During this time, he gave further proof of his returning appetite by demolishing a plateful of beef, Yorkshire pudding and five veg in record time.

At least I assume he ate it and wasn’t indifferent to the fare, leading to clandestinely hiding his plate contents under his trilby. Although, that would explain the gravy trickling down his face later in the meal.

Warmth from both sun and family certainly enhanced our Mother’s Day dining experience. My back garden is my ‘go to’ place when the sun shines, both actually and metaphorically. Its seclusion and aesthetically pleasing views bring a tranquillity and calmness to the soul.

Add to that good company, along with copious amounts of inanity and you have a recipe to raise the foulest of moods. That is until one of the neighbour cats arrive to defecate in my borders, which thankfully didn’t occur yesterday.

It can be an educational few hours dining at chez Strachan, whether alfresco or indoors. For some reason the conversations always get more surreal at the dining table, with yours truly being the main culprit of the silliness.

The get together ended when the kitchen clock struck 4pm, at which point my dad’s car turned back into a pumpkin. It was a shock as that morph ordinarily occurs daily at 5pm. We’d been caught unaware as I’d forgotten to move this clock forward an hour during the change to British Summer Time the previous night.

My mum and dad left by taxi, shortly after Jonny had left for his car journey back to York.

After the departure of our guests, Karen and me undertook a general tidy up, including clearing the patio table, along with putting the crockery and cutlery in the dishwasher.

When everywhere was shipshape, I wandered into the lounge, slouched back on the sofa to start viewing an episode of Suits on Netflix.

While I watched the white collars at Pearson Hardman solve corporate legal dilemmas, my wee missus retrieved the pumpkin outside, before walking back toward the kitchen, querying “Pumpkin pie for supper anyone?”