Yesterday evening I attended a movie premiere in Leeds city centre. It’s the first red carpet event I’ve ever been involved in, unless you count last month when I clumsily knocking over a full bottle of rioja on the living room floor.

In the company of footballing royalty, West Yorkshire dignitaries and fellow Leeds United fans, friend Mike and I witnessed the unveiling of the movie Do You Want To Win?

This a cellulose tribute to the successful years for the football club between 1988-1992, under the stewardship of Howard Wilkinson. An period of transition that saw Leeds evolve from a mediocre second tier side to champions of the top tier of English football, in a mere four short years.

When I say footballing royalty I’m probably stretching it a bit, as I only personally saw four players who’d represented the great club (Eddie Gray, Vinnie Jones, Dylan Kerr and Gaetano Berardi) during the evening.

There were unsubstantiated rumours that TV puppet, and ex-Bradford City full back, Basil Brush was there. However, as he’s reputedly terrified of Vinnie Jones I somehow doubt he’d have dared turn up. 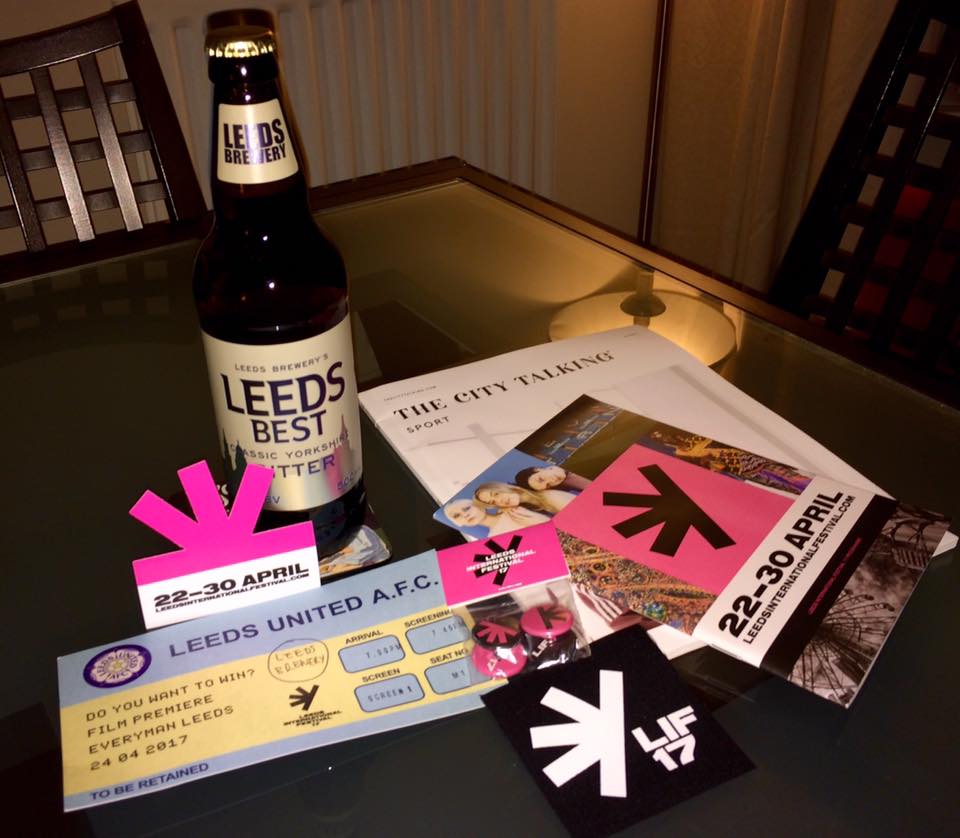 On arrival at the Everyman Cinema, the non VIP ticketed attendees were entertained by a string quartet. Dressed in evening gowns, these accomplished musicians played a soothing selection of contemporary tunes on violin and double bass.

At one point they even gave the queuing customers a rendition of the club anthem ‘Marching on Together’, which has a surprising beauty performed by string. Thankfully the quartets playlist didn’t include any of the more inappropriate anti-Chelsea or Man Utd songs.

As the clock struck 7pm, the remaining ticket holders were granted cinema access, leading to an orderly but self-conscious shuffle along the red carpet. With similar levels of discomfort, we had our pictures taken beside a backdrop publicising the movie.

When I say self-consciously I don’t include Mike in that group. As a Freddie Flintoff look-a-like, he has become somewhat of a red carpet veteran. Meaning he paraded along the deep red pile with the arrogance of a peacock. Preening himself like a latter day Eric Cantona, only with better trawler metaphors.

To cries from the local press of “What’s Freddie Flintoff doing here? ….. Isn’t he a Bolton fan?” and “That Flintoff doesn’t half love himself, the vain get!” my mate seemed to ruffle a few feathers with his peacock feathered entrance.

In his defence, I’ve known Mike for about sixteen years and can categorically declare he’s not a narcissistic lad. I’m sure lots of people have six sofa cushions emblazoned with an image of their face!

Anyway, once inside the Everyman cinema, the former England cricketer lookalike and me headed to the first floor bar. Although I wasn’t overly bothered about a drink, Mike confided he’d found the preening on the red carpet thirsty work…… Reluctantly, I joined him in consuming a 2/3 litre bottle of Italian beer.

The movie brought back many a fond Leeds United memory from that four year period in my life. The happiness Wilkinson, Strachan, Jones, Batty, McAllister, Speed, Chapman, Sterland, Chapman et al brought me, along with thousand of fans in that era is immeasurable.

A defeat that at one point threatened to derail their promotion dream……. Even the high consumption of birthday beers failed to numb the pain of losing that night. I felt betrayed; how could they ruin my birthday like that?

Anyway, the movie gave an informative insight into the thought processes of the last English born football manager to win the top league in England. Additionally, it demonstrated the bond within the team which, when added to good footballers, strong work ethic and a burning desire to win, created the synergy of a championship winning side.

Mike and I left the cinema for a nearby pub on conclusion of the film. As we headed towards Briggate there was still a buzz from the punters outside who’d been lucky enough to get a ticket.

On thing that struck me as we walked out was the meagre turnout by the paparazzi outside. I mean, not only did we have a premiere attended by Leeds United players past and present, there was a Freddie Flintoff doppelganger in the house.

I assume they’d got wind Basil Brush wasn’t going to turn up, so with no scrap with Vinnie on the cards they elected to stay in the pub!