Yesterday, a family friend asked me the creative process I undertake when structuring a fictional character on random literary journeys. They also enquired what time Boots the Chemist shut at Colton Retail Park on a Friday. I was able to answer the first question but, as I’m not a chuffing retail park opening time directory, I told them to research the latter online. 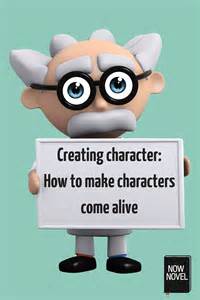 One of the most enjoyable, and on occasionally challenging, elements when attempting to pen light hearted fiction is building a character. At times finding a name that isn’t too silly, along with constructing a make believe personality, brings with it challenges and uncertainty.

For instance, this week I commenced constructing a eponymous character for a literary offering with a working title of Hilda Chinwag. However, due to my misgivings and hesitancy as to it’s worthiness, it’s currently filed under the ‘Maybe’ tray in my muddled neurological workspace.

That being said, I’m beginning to feel Hilda Chinwag’s character has literary potential. A summary of her psyche is chronicled below:-

Hilda Chinwag – The pernicious gossip in the fictional village of Ainsley Scragg.

Uninvited, Hilda Chinwag often surreptitiously enters follower villagers houses to check the contents of their fridge, generally when they are watching TV. Information she later clandestinely cascades to villagers over manicured hedges and local store shelves..

The first the victims of Hilda’s nosiness become aware of the theft of their privacy is at the local pub The Clarion. The game generally given away by half-wit barman when he proffers “I see you’ve let the coleslaw go out of date again, Archie!”, or “I didn’t realise you still consumed full fat butter, Marge!”

On failing to get a role as an MI6 agent due to being over-qualified, a bitter Hilda became a self-appointed people’s champion. Making it her duty to ensure karma is swiftly administered to perpetrators of any village misdemeanours. These include the evil crimes of allowing buddleia shrubs to grow unkempt, playing the radio show The Archers too loud and using the word footage, all receiving hasty retribution.

This uncompromising justice includes tutting disapprovingly when passing the guilty on the narrow lanes of Ainsley Scragg. Not forgetting spitefully misleading the ‘hedge trim dodgers’ about whether it’s green, black or brown bin refuge collection that particular week.

A darling of the Ainsley Scragg Women’s Institute (ASWI), she often give talks (none under 5 hours) surrounding the history of the village. These anecdotes are engrained with local folklore, such as the day Frank the farmers tractor wouldn’t go into reverse gear, with him ending up 400 miles away in Penzance.

A further yarn about the only functioning gear on Frank’s tractor being that of reverse, meaning a journey driving backwards 400 miles from Penzance, is also a popular tale with the jam making hordes of the ASWI.

Hilda was briefly married to a orchid plant, however this didn’t last after the orchid expired (not unlike the sell by date on Archie’s coleslaw) shortly after the nuptials……. The death blamed on the nosey termagant’s pastime of seeking villager fridge contents at the expense of watering the orchid adequately.

Advocate of the adage “If you can’t say something horrible about a person, then don’t say anything at all!”, the village gossip’s curriculum vitae proudly boasts:-

Breaking up four marriages; ……shaming ten people for their horticultural procrastination;…… causing scores of people to eat coleslaw in a far timelier fashion;…… ‘making someone’s day’ with disclosing to the ASWI about Bernadette’s boob reconstruction;…… and never being within four foot of a naked penis (unless you count a sherry-fuelled dalliance with Benedict in 1953).

I’d like to think the character of Hilda Chinwag is one I could nurture over time. A odious harridan, job judgemental over her peers, especially Archie and his negligence when it comes to food storage.