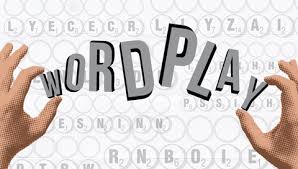 Why this insight into your vocabulary, Gary?, I here you cry…… Or at least those who haven’t the propensity (perhaps I use it more than I thought) to get bored and leave after the first two paragraphs.

You may ask Why subject us to your self-indulgent wordplay? What of the colloquialisms you have the proclivity to utilise? Not to mention words dusted off, lovingly polished before given them a rare venture out?”…… Oh, you’ve gone! Never mind.

Like Grandpa Joe in ‘Charlie & The Chocolate Factory’, the word propensity doesn’t get out much. However, unlike Grandpa Joe, the pre-requisite for propensity’s venture from my neurological ‘corridors of uncertainty’ isn’t finding a golden ticket in a bar of chocolate.

That being said, I couldn’t rule out saying something like “I can’t believe I’ve won a golden ticket. I don’t normally have the propensity to buy Wonka bars!” if I mirrored Charlie’s lucky win.

In those circumstances that would invalidate my thoughts in the previous paragraph…… Although, I’d more likely have the inclination to replace propensity with tendency in the above exclamation…… or inclination even.

If I did win a ticket to venture around Willy Wonka’s factory of confectionery joy, I wouldn’t be able to take along my Grandad Jack or Grandad Charlie as they are sadly long gone.

It would probably be a blessing, though, as they were both fond of a giggle, so we’d no doubt get thrown out for one of them making teasing the Oompah Loompah’s. 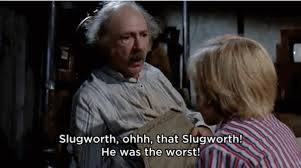 One thing that always puzzled me about Willy Wonka & The Chocolate Factory as a kid was Charlie’s grandparents. All four of them never left the double bed they existed in together for over 20 years.

Without even touching on the cleanliness issues of that, how did they answer the call of nature? Grandpa Joe couldn’t walk when he initially got out of bed, so he can’t have sauntered there himself. As I got older I realised Roald Dahl hadn’t wanted to touch on that subject in his book aimed at a young demographic, so used what is called artistic licence.

After all, the scene where Grandpa Joe first walks after Charlie’s win wouldn’t have worked as well, or indeed had parental approval if it had been written like this:-

Grandpa Joe stands up out of the bed. To everyone’s surprise he walks steadily and without need of support.

Grandpa Joe – “Of course I can! I sneak out for a fag and to pee every morning at 4 am. My bladder is as regular as clockwork.”

Charlie – “Ah. So that explains the splash back on the loo floor every morning!”

Charlie’s Mum (Shattered after a long day’s work) – “So you’ve been able to walk all the time, dad.”

Grandpa Joe – “Yes. We all (four bed bound grandparents) can!

Charlie’s Mum – “So for the last 20 years you’ve sat there in bed watching me working my arse off doing three jobs?!”

Grandpa Joe (Unrepentant) – “Yes….. There is no way you’ll get us four doing chuffing laundry!” 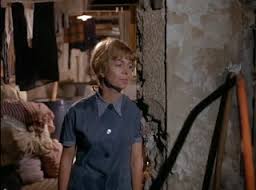 I suspect the brilliant author Roald Dahl won’t have touched the dialogue above with a barge pole, instead leaving the scene in the movie as he originally wrote it.

Mind you, if anyone is thinking of remaking the movie lets talk numbers ……. This invite precludes old Frank at No 92, who’s insistent that he plans to remake the movie on his 10 year old mobile phone.

I might keep old Frank in mind for the part of Grandpa Joe, though, as he often talks of his clockwork bladder.

Anyway, I best get off as my wife is complaining about my propensity (blimey, I really do use the word more than I thought) to avoid helping her with the housework.