On Friday evening I was in situ at first direct arena, Leeds,  with my wee Durham born spouse. The purpose behind our saunter to the state of the art music venue was to witness a gig by American singer/songwriter John Legend,

My wife Karen endearingly refers to the slick soul singer as John Legen; apparently unable to suffix his name with the letter ‘d’ as written. This phenomenon made even more bizarre by the fact she refers to the Matalan stores as Mataland.

I’ve no evidence to support my theory, however it appears that somewhere in my missus’ lexilogical database Matalan has stolen John Legend’s ‘d’!…….. This quirk is possibly from her fragrant parents who regularly omit or include letters in words.

For example, her mum calls a funeral a “funderal”, a hearse a “hearst” and she refers to male reproductive organs as “rockets of evil”. Her name for testicles is “orbs of atrocity”, along with calling women’s bits “Sacred St Frances**“.

** Other less ridiculous names for female genitalia are available! 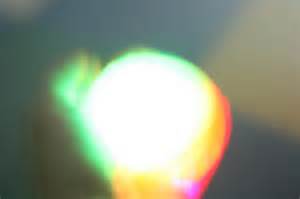 During a bus journey into our fair metropolis on Saturday morning, I witnessed a bizarre hold-up of the bus driver by a young child who only looked about 6 years old.

The incident occurred when the bus driver brought the vehicle to a stop on York Road. Me calling it a hold-up is possibly ‘over egging’ it a bit, after all the kid didn’t confront the driver on a steed brandishing a musket whilst yelling “Stand & deliver!”, akin to a latter day Dick Turpin.

His impudent misdemeanour was to snatch money from the unsuspecting driver while exchanging journey requirements. When in possession of his ill-gotten gains, the nipper was off like a rat up a drain pipe.

To the accompaniment of Benny Hill music, the bus driver rushed after the kid along York Road. He returned a few minutes later with the stolen booty, but not the wee highwayman who was nowhere to be seen. I’m unsure of what happened to the cheeky little get, but I’d like to think he was later arrested while drinking a flagon of ale in a nearby tavern.

Today (Sunday) wasn’t a great day. At 08:30, I received a call from a close member of my family to advise they’d had to contact emergency services due to a fall of their elderly spouse.

Subsequently, my brood and I have spent most of our Sunday in situ of Pinderfields hospital, where our family member, who is currently recuperating from surgery in June, was admitted.

Despite the unwelcome circumstances, it was good to see my siblings. I’m rarely graced with their presence due to geographical logistics. My brother Ian lives as a mechanic on Tracy Island and my sister Helen is an eccentric scientist who whitewashes the Cliffs of Dover every third Tuesday in the month…….. Why the hell she can’t make the effort to come the other days I’ve no idea!

Our Ian doesn’t maintain the rockets of evil, only the upkeep of Thunderbird One. Our Helen follows a long line of Strachan women who for generations have whitewashed famous sights in the UK.

For instance, as a suffragette in the early 20th century, a great aunt of ours painted Leeds Town Hall white. My daughter recently broke this Strachan whitewash tradition when every Friday in 2016 she ventured into Leeds to paint the town red.

I’m finishing this narrative on a mid-September night sitting in the dining room of chez Strachan senior with our Ian. We’ve just eaten a few stolen crumbs for tea (I knew that little lad on the bus would come in handy) and now sit quaffing a glass of wine whilst reflecting on the family’s jour de dechets.

My brother shouldn’t really be drinking as he’s on call for any Thunderbird One emergencies. However he’s a maverick with steel ‘orbs of atrocity’!