Yesterday afternoon, I wrote a eulogy to deliver at my father’s funeral on Wednesday. As it would be highly inappropriate to do so, I’m not going to publish those words in this narrative. The reason I highlighted this activity is merely part of journaling some of my Friday activities in chez Strachan junior.

I realise this is stating the obvious, but writing prose for that type of oration is significantly more challenging than penning my daily rambles. Unlike the daily light-hearted monologues I publish on my website writesaidfred.org , I had to be especially cautious in ensuring the tribute is respectful, appropriate and adequately portrays the spirit and life of my wonderful father.

There can be no inane quips that are a trademark of many of my pieces of writing. For example, there is no way I could incorporate within the eulogy a darkly humorous discussion the family had a few years back. In this exchange of wishes about whether we wished to be cremated or buried on our passing, I remarked that I wanted neither. Preferring instead a cremation with my wine collection resulting in my remains being flambéed!

Some may deem that joke in poor taste, but everyone took the quip as it was intended in the environment of a family get-together, most of them laughing at the off-colour comment. Obviously, there is no way I’d recount that story during my tribute to my father on Wednesday, well not unless I aspired to be totally disowned by family and friends. 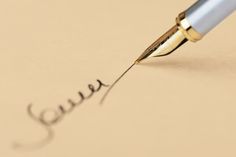 I also ruled out including the following start to the eulogy of:-

My dad Malcolm……. Loving husband…….. Role model father……. and, Doting grandfather…….. Just four of the horses that let my dad down in his last Lucky 15 bet at East Ardsley bookies.

Additionally, I dismissed an idea to read out a list of mum and dad’s household items my brother Ian has broken in the last half century……. This wasn’t because of it being inappropriate. Moreover the fact the service has time constraints, which would be breached if I read out the hundreds of inanimate victims to my brother’s inherent clumsiness.

Some people may question my ability to ‘do serious’ when penning a funeral oration. However, I’d argue that my two blogs during the week of my old man’s passing (‘Raising A Glass’, and ‘Serenity in Stanley’) prove my versatility as a writer.

Yes, Gary Strachan can revert to a solemn style of literature if required. In fact, our Ian is so impressed with my poems and serious penmanship he reckons I have the depth to write a fictional drama.

I was flattered by my younger sibling’s comment. However, as on his passing he wants his top half buried, his bottom half cremated and his penis mounted above the fire hearth at my mum’s house, I’d moot his judgement is open to question.

One thing is for sure, writing a eulogy for my recently passed dad will have been a cake walk compared to delivering it in church. I’m confident, though, I won’t let the loving, caring and thoroughly decent Yorkshireman down.