My current existential circumstances are contributing to an unwanted neurological fog at the moment. Yesterday (Monday), I was so confused that I posted a Throwback Tuesday blog, and today I’m dressed in my Sunday best.

Not knowing what day it is has been passed down generations of Strachan males. This wasn’t the consequence of any mental capability deficiently, moreover the misguided family trait of trusting the information in products from the Dyslexic Calendar Co. Ltd. This foolhardy strategy meant that for decades in Strachan households we celebrated Shrove Saturday, Ash Friday, Good Monday and Easter Thursday.

To be fair, though, some of my date dementia is the consequence of a hectic few days visiting various medical institutions in the West Riding of god’s own county. For instance, yesterday I visited three different hospitals with two different family members; a much unwanted record.

When I was a kid, I used to love watching a children’s TV show called Record Breakers. Fronted by late entertainer Roy Castle, it did exactly ‘what it said on the tin’, parading record breakers in conjunction to individuals seeking the kudos of entry into the Guinness Book of Records.

If memory serves me correct Roy Castle may have been in the above hallowed book for a while. I can’t recall what he did but, as an accomplished trumpet player (Roy not me), I imagine it was something along the lines of playing the instrument underwater for four years without breathing, or the like. 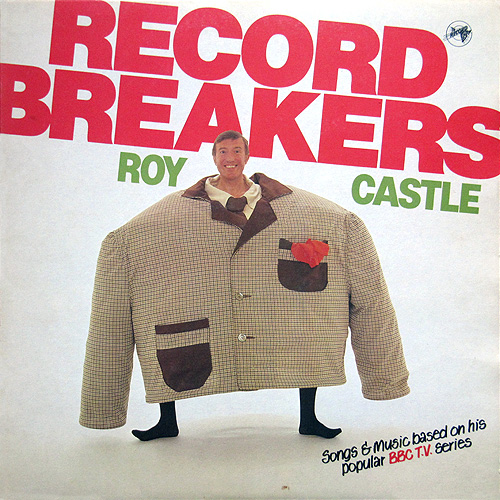 As a kid I desperately wanted to appear on Record Breakers. Consequently, I set about attempting to become so good at something Roy would be begging me to appear on the show. My dream was not just to undertake a record breaking activity, but to also join the jovial Huddersfield born showman in singing ‘Dedication’ at the end of the show. This led to a number of hair-brained schemes on my part.

I was capable and even good at many things, but it would be pushing it somewhat to boast I excelled at anything. At one time, I contemplated utilising how double jointed I was as a potential vehicle for fame and fortune. In those days individuals were normally left agog at the fact I could stretch my arm around my head, with the result of me being able to touch my ear on the same side.

Unfortunately, on reflection I concluded this skill was unlikely to secure me a place in Guinness’ iconic tome. After all, the 10 year old kid from Haiti who could dislocate practically every bone in his body to limbo under a pole 6 inches from the ground would surely usurp my attempt of entry into the double-jointed category.

Additionally, I mused I’d have found it difficult to beat the ‘Rubber Man’ from Idaho who, despite being 6’2″ in height, could contort himself to fit snugly into a Kelloggs corn flakes box.

I gave up my dream of becoming a record breaker when my attempt to eat 4 million wine gums in two hours ended in disaster. The consequence of succumbing to such a sugar rush I foolishly attempted to beat the Haitian boy’s limbo record.

injuries sustained during my failed attempting to usurp the juvenile contortionist, by limbo dancing under a pole 5 inches from terra firma, resulted in me being in traction for a month and being unable to say the word roughage for a week.