During this mornings car journey to East Ardsley, the car radio treat me (and many others) to Chris Rea performing a live piano version of his 1985 hit Stainsby Girls.

Exhibiting his distinctive gruff vocals and displaying pianist skills that usurped late comedian Les Dawson, the song took to an altogether higher plateau of listenability than his original rock version.

As a consequence of his Welsh pianist cousin Dai’s stomach issues, Teessider Rea reluctantly stood in on the keyboard for this national radio session. He didn’t let himself down, tinkling the BBC’s ivories with distinction. Stoically refusing to be distracted by the fact the keys hadn’t been sterilised after his gastro-troubled cousin’s earlier use of the grand piano.

Dai, a renowned avoider of washing his hands after his numerous bathroom visits, is famous for caring little about the hygiene side of being a musician. A mantra verified by the fact his composing pencil resided betwixt his chapped buttocks, not behind his ear akin to most composers.

There were not just reservations about musical instrument cleanliness where Dai Rea was concerned. He was banned from his local bookies over concerns about his betting slips being completed with a clearly unhygienic writing appliance.

Dai also has experienced issues when it come to choosing lottery numbers at his local newsagent. The newsagent strangely had no problem with the Welshman completing his slip in with his buttock residing pencil. He was, though, perturbed by the fact Dai used his penis to choose his numbers on the lottery ticket. This undertaken akin to how a water diviner relies on his divining stick.

Dai hasn’t yet won any money with this eccentric strategy, which is a shame for the Welsh pianist (no that’s not a misspelling) who could have done with the cash for all the fines he incurs for indecent exposure.

Chris’ branch of the Rea family were the slightly more upmarket members of the brood. None of the singer/songwriters clan in Teesside used their ass cheeks as a pencil holder. A consequence of being perfectly happy with the security provided with the behind the ear storage approach. Chris’ brood were content to utilise the more orthodox use of their buttocks, eg padding out their chinos and the like.

As well as Stainsby Girls, Chris Rea also sang Fool If You Think It’s Over. That has no relevance to this particular narrative, but I thought I’d add it in the event you ever encounter that conundrum in a pub quiz…….. Additionally, if you ever get asked who the Arsenal goalkeeper was in 1972 FA Cup Final against Leeds United, it was Jon Barnett. 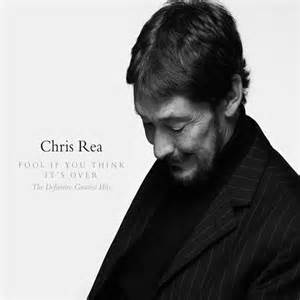 At this point of the blog you maybe ruing reading this silliness and opine that Chris would sing God, I Wish This Was Over. To be honest, so do I as I need to get the tea started. However, as I’m still short of my daily minimum target of 500 words, I need to venture on manfully like a latter day Scott of the Antarctic…….. Incidentally, if you get asked the year of Robert Scott’s last voyage to the South Pole, in a pub quiz, it was 1912.

Anyway, this monologue started off as an intended tribute to Chris Rea’s excellent piano version of his UK Top 20 hit Stainsby Girls on Ken Bruce’s Radio 2 show. As is my want, it ended up randomly venturing into numerous unrelated topics such as his fictional cousin Dai, pencil hygiene and general knowledge guidance.