This mornings solar rays in East Ardsley are making a concerted effort to lift my sagging spirits. As they blaze through an open French door onto my makeshift scribing desk, I can hear them attempting to cajole me into action with the words “Cheer up you miserable bleeder, worse things happen at sea!”

Actually, I’ve just realised that was my mum speaking to me not a mystical solar messenger. She didn’t use the suffix “… worse things happen at sea!” either. Her unorthodox words of encouragement were of a slightly brisker nature, which I’ll refrain from repeating.

We have an hour or so until todays venture to the Leeds General Infirmary (LGI) to visit her spouse and, according to a paternity test on Jeremy Kyle, my dad. Hopefully we will witness an improvement in pater’s wellbeing today. Seeing him yesterday looking so frail, frustrated and barely able to converse was deeply distressing for our brood.

The family expectations aren’t for him to be fit enough to play for Leeds Rhinos against Hull FC in Friday’s rugby semi-final of the ‘Super 8s’. However a sign of improved lucidity, strength and general demeanour from the clan chief would be a much needed fillip.

The helplessness of having a close family member with incurable cancer is an imposter I know all to well; my wife having been afflicted by this odious, indiscriminate disease almost seven years ago.

You do what you can, but for me it never feels enough. The one thing that could resolve the situation is frustratingly beyond my, or indeed anyone else’s capability. The unwanted visitor (as I’ve previously named this rancid illness) sits immovably, sneering from the armchair in the corner; taunting families spitefully until it’s time to unsecure the dangling sword of Damocles to add further misery.

As I’ve said before, serious illnesses for an octogenarian’s are to be expected and indeed, as much as we loath it, accepted. However, seeing this thoroughly decent Yorkshireman, who has provided so many fond memories, suffering is very hard to stomach.

Having one close family member being afflicted is tough, but when they appear in pairs, like unwelcome buses, my levels of bitterness, anger and frustration are sometimes off the scale.

Having two unwanted visitors sitting in separate armchairs in the family domain is something I wouldn’t wish on my most loathed foe…….. Well, apart from the guy in Matlock who stole my hamster! …….. For one thing, it means we’re short of armchairs, with a consequence of having to watch Judge Judy sitting on the living room floor. 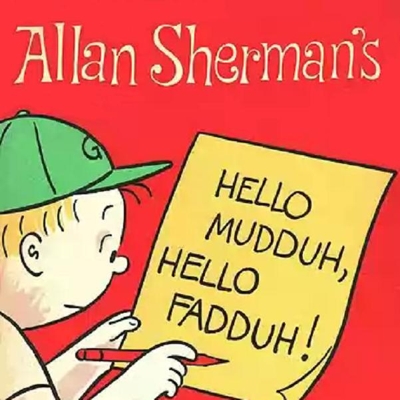 In his 1960’s comedic novelty song Hello Muddah, Hello Faddah, the American singer Allan Sherman (playing a disgruntled schoolkid at a rain hit kids camp) was cheered up by the intervention of sunshine. Despite the sun’s best efforts to perk me up today, my spirits remain flat.

Unlike the Chicago born entertainer, the solar rays haven’t changed my demeanour one jot. I’m still with the alligators, bunk-mate with malaria and in the search party for Jeffery Hardy.

Right, I feel better that I’ve got that pity party off my chest. I’m off to see how Leonard Skinner is recovering from Ptomaine poisoning.