Yesterday, I ventured to the enchanting North Yorkshire spa town of Harrogate, our journey courtesy of the number 36 Ripon bus. It was a congenial sojourn in the comfort of leather upholstery seats with integrated USB port, personal table, free wifi and the affable tones of TV presenter Harry Gration informing passengers the location of each stop.

During the venture there and back, I filled in time by writing a blog on my mobile phone. No easy achievement when it’s over 600 words long, you only have a touchscreen keyboard at your disposal and there’s a BBC Look North broadcaster constantly distracting you with bus stop details.

Despite these barriers, I succeeded in my goal of penning the pre-requisite amount of words, which occupied me throughout the 40 minutes each way trip.

With my wife sitting quietly at my side, apart from the occasion where she asked “I wonder where Harry Gration is sat?”, I waxed lyrical about my hair thinning and memories of binge watching kids TV when my children were younger.

I recall the kids loved to hear me sing along to the themes of Rosie and Jim, Captain Scarlet et al. They were simplistic songs heartily relayed by their simplistic father, which appeared to delight my brood (Jonny and Rachel)……. Well, apart from on Jonny’s university graduation day, when my rendition of Teenage Mutant Hero Turtles in York Minster wasn’t well received by guests, academics or the Bishop of York.

When I wasn’t on shift in the early 1990’s, a large segment of my existence was sitting with my fledgling offspring repeat watching the Disney classics of the time (Lion King, Beauty & the Beast, Pocahontas and Toy Story). When we weren’t watching animated movies or kids TV, we spent many hours at Whipsnade Zoo, close to where we resided at that time.

The four of us had a season ticket at the vast Bedfordshire animal conservation site, where we spent many a happy hour watching elephants bathe, witnessing sea lions perform, tigers wander menacingly through their huge pens and marvelling at wildebeest playing chess.

Sat outside now at my patio table, I can still recall the names of the sea lions, who the kids insisted we saw perform on every visit. There were three of them, who went by the monikers of Barclay, Salt and Liz.

The reason I can recollect such unimportant detail, when I can’t remember key information like the time of my dental appointment tomorrow, is because of a popular song from summer 1996. A football homage written by comedians Frank Skinner and David Baddiel called Three Lions.

Within the chorus of Skinner and Baddiel’s foot-tapping single, written for the Euro 96 football tournament in England, were the lines:-

Three lion’s on a shirt

With apologies to the two funny men, during one trek to Whipsnade I adapted these words for my kids to:-

Sea lion’s on a shirt

Although the kids laughed, my Mrs added this incident of silliness to her ever burgeoning list of reasons to have me sectioned. 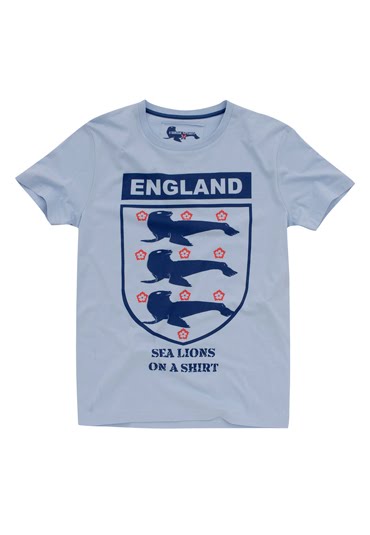 Don’t get me wrong, I found raising kids as tough as the next man, especially when I was on nightshift and getting very little sleep. However, I loved the element of having carte blanche to behave as daftly as I wanted in an attempt to make them laugh. Something that still happens in their adulthood on the rare occasions we get together.

I’d like to think as they’ve arrived into adulthood caring, loving, humane, sensible and funny individuals, my daft gags and songs didn’t scar them too deeply…… I’m not overly sure about me mind you!