The denizens of West Yorkshire have today emerged from their Bank Holiday lie in to leaden skies. An aesthetically displeasing weather state, diminished further by a now familiar accompanying breeze.

Rarely a day goes by, regardless of season, where there isn’t a gust of some magnitude rustling the pyracantha or damaging the frail stems of the aquilegia.

Some may argue that, in these times of dwindling bee populations, we need this regular breeze for pollination purposes, which would be a valid point. After all, until the last year my summer garden was always awash with bees and butterflies.

It was a warming sight to see them flitting from lavender, geum, black eyed Susan et al, tenaciously undertaking nature’s work of spreading pollen for the hardy perennials.

Alas, catching sight of these wee Anthropilians and Rhopalocerans amongst my pollen laden plants is an infrequent sight. I’m not sure if their absence is the result of something I’ve said, or they now have a more discernible palate and seek newer horticultural fayre, or is it the spraying of crop pesticides depleting their numbers?….. I’d wager it’s the latter.

If you’re still with this narrative, I’d like to congratulate you on your staying power as I’m bored just writing the flipping thing. Three paragraphs of weather, pollination and bee chat bereft of humour aren’t how I intended to populate this blank page.

I sought to pen something insightful, funny, that is bereft of words like Anthropilans and Rhopalocerans. Don’t get me wrong, the depletion of bee numbers needs to be addressed, however to talk about it at length without a lighter edge you need a better grasp of the subject matter than I possess.

With my level of understanding it has to include humour, otherwise I might as well have copied 500-600 words from Bee Keepers Weekly magazine.

I’m not sure if there is a publication of that name, but if there is don’t worry I won’t plagiarise you words. Also, if you don’t mind me saying, your readership figures may be boosted by making it a monthly mag…… Just an observation!

Looking out of the bay window into the back garden, I’m attempting to work out if it’s raining outside. It’s difficult to tell, but one thing is certain the rain overnight has ruled out todays gardening itinerary for G Strachan esq

The current weather takes me back to a recent discussion with an acquaintance during a similarly dank day as today. The conversation went something like this:-

Scene – Two friends look out of the living room window of a modest east Leeds suburban home. As they drink (occasionally cacophonously slurp) coffee, discussions turn to the weather, in particular the foreboding aubergine hue of the West Yorkshire sky. 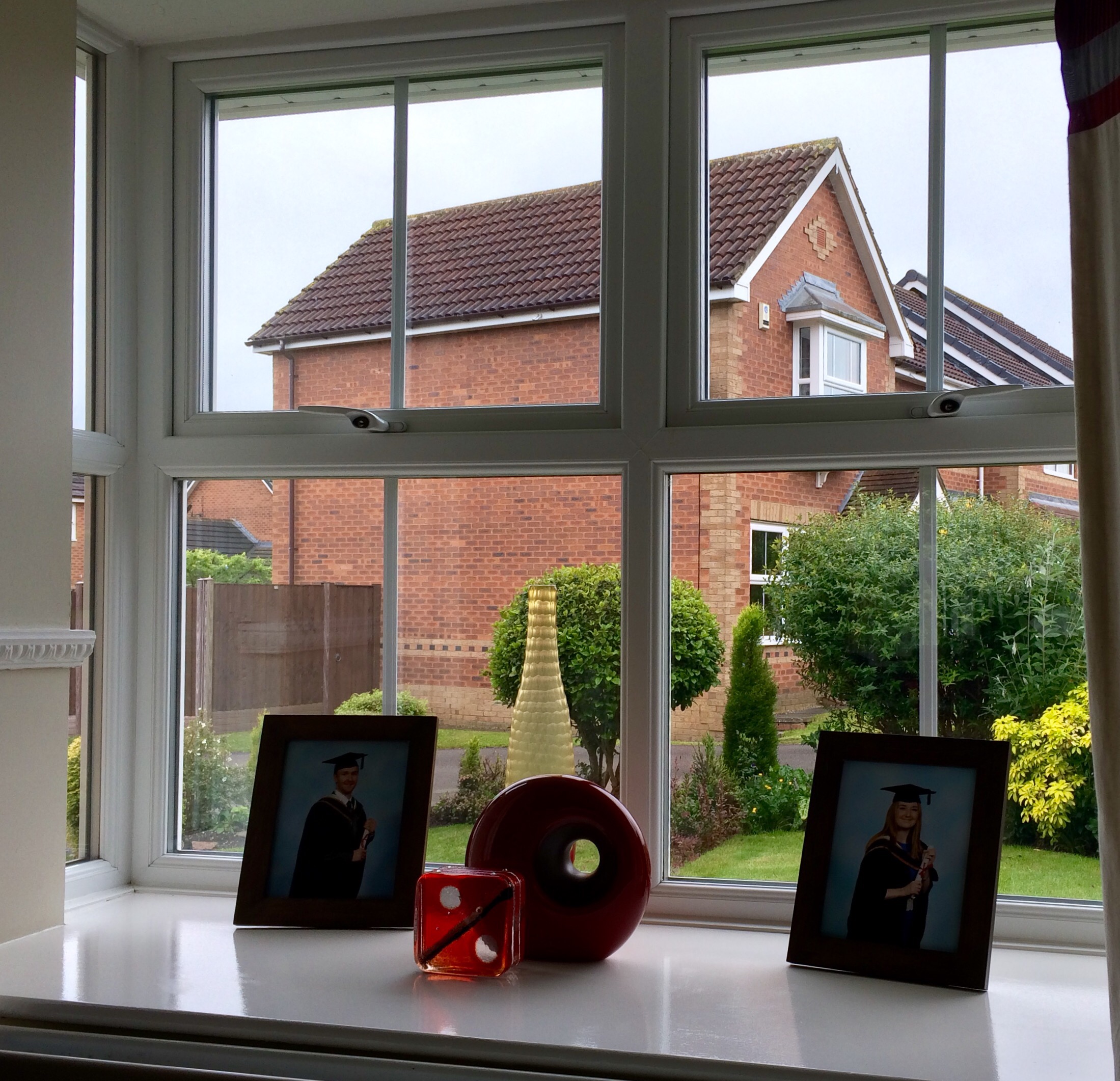 Me (GS) – “It looks like it might be drizzling. If it’s not, it only looks a matter of time before it siles it down.”

F, after straining eyes to try focus better – “I definitely can’t see any rain yet!”

GS, confused – “I’m sure you told me once you wore contacts!”

GS,  looking baffled– “Why did you tell me you did then?….. Why lie about something like that?”

F – “I felt left out with all the rest of you (friends) wearing them!”

GS, disbelievingly – “We don’t enjoy it, though! ….. We’re not in a secret society for the myopic, you berk!….. We’d all rather have 20/20 vision!….. You should embrace the fact you have eyesight that doesn’t require correction.”

F – “So you bunch of Mr Magoo’s wouldn’t ostracise me for having good eyesight?”

GS – “Why the chuff should we?… Mind you, I’d avoid overusing the Mr Magoo jibe!”

After a brief period of silence…..

GS, staring back outside – “I think it’s definitely drizzling.”

F, squinting to verify – “I can’t see it!…… Perhaps it’s that invisible rain!”

GS, incredulously – “What the hell is invisible rain?”

GS, despairingly – “So to clarify, you’re implying invisible rain is the metrological state when it’s not actually raining?!”

GS, disparagingly – “So you’re actually putting forward the scientific theory that anytime water doesn’t fall from rainclouds it is in fact still raining, we just aren’t aware of it because it’s invisible?”