For the first time in ages, I heard the Stevie Wonder song Master Blaster (Jammin) on the radio this morning . Listening to its upbeat reggae tones with the unmistakable voice of Michigan’s finest emanating from my digital radio, took me on a neurological venture back to spring 1981.

In particular it brought to mind a three night trip to London, where I’d been invited to attend a cricket training camp.

On this sojourn I was accompanied by my cricket loving dad, who drove the 250 miles down wearing my cricket pads. During the trip he also relished scaring the hell out of me with random shouts of the cricketing appeal “Howzat!”

As I drifted off down memory lane, hoping no one would shout “Howzat!” on this journey, I fondly recalled that sunny April morning in the early 1980s, as we embarked on our trip from Gateshead to our nations capital.

Unlike Dick Whittington, I wasn’t walking to London with a cat. I really wouldn’t have fancyied lugging my bloody big cricket bag for 250 miles, even if it was a tad lighter with my dad wearing the batting pads.

After departing home on that sunny north east Sunday morning, we drove past the Allerdene field, the shuttered up Spar and the working mens club, before looping back onto the A1 motorway heading south.

As we joined the A1, I shoved a tape into the car’s cassette player. The tape in question was the Stevie Wonder album Hotter Than July, which I’d brought knowing my pater was fond of most of its tracks. Master Blaster (Jamming), which I alluded to earlier, being one of many great tunes on this album. 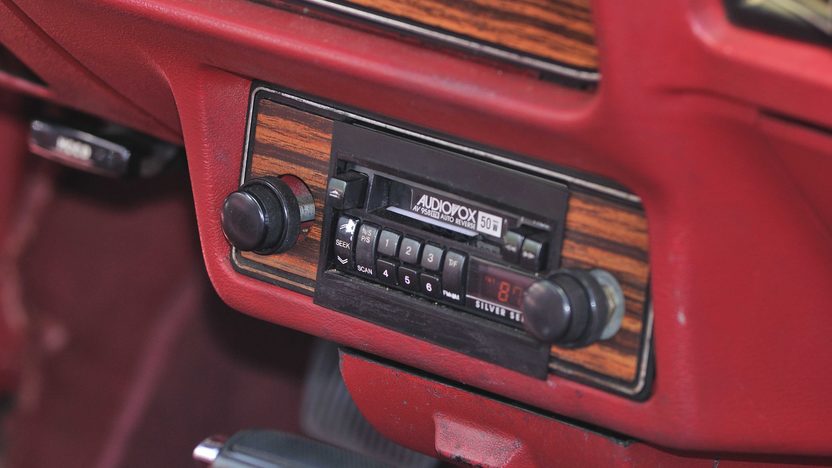 With the Ford Cortina’s speakers blasting out the song ‘I Ain’t Gonna Stand For It’, I offered to drive part of the 250 mile journey if my dad felt like a break anytime.

As I hadn’t passed my test or even had a driving lesson yet, my dad sensibly declined my offer, before shouting “Howzat!” as we continued our journey to where the streets are allegedly paved with gold.

My dad (Mally) is a very patient and understanding guy, but as I’d stupidly only brought one cassette (the Stevie Wonder album) I think around half way into the journey, while on the third listen of Hotter Than July, he was starting to look tense.

Little things gave this away, such as grinding his teeth, gripping the wheel so tight it left finger nail marks and asking “Is this the only bloody tape you’ve brought, Gary?!”……. I may have been oversensitive, however to me they were giveaway signs that all was not well with my pater

On hearing it was the only cassette in my possession, I envisioned my dad ejecting it and throwing it out of the window. Thankfully he didn’t, he just maintained a vice like grip on the steering wheel and growled like a werewolf intermittently. In particular during the fifth playing of the album around Hatfield.

After a few hours we arrived at our hotel in Victoria, London. After I’d crowbarred my dad’s nails from the steering wheel and he’d removing the batting pads, we checked in.

Following a bite to eat and a drink in the hotel bar my dad seemed less tense. I toyed with putting Master Blaster (Jammin) on the jukebox, but concluded it might send Mally over the edge so thought better of it.

For the next three days I cricket trained at the MCC school at Lords, which was an enjoyable life experience. Although after my journey down, I was a bit jumpy when anyone shouted the “Howzat!” appeal!

On leaving the MCC cricket school for the last time after my third day training, I headed towards my dad’s car with my cricket bag over my shoulder.

As I got closer to the car there appeared to be a small blaze on the pavement a few yards away, which appeared to be a tape cassette on fire. As I climbed in my dad’s car for home I pondered to myself “Which idiot burns cassette tapes?”

Anyway I thought nothing more of it as we headed homeward up the A1. Driving past Welwyn Garden City, I reached in the glove compartment to find Hotter Than July cassette to accompany our long drive with a few uplifting Stevie songs.

I hunted high and low for my favourite cassette at that time without success. Bizarrely, all I could find in the glove compartment was a bottle of paraffin and a box of matches.

After a lengthy drive we got home safe and sound. On walking through the door, we said hello to my mum and siblings, before I raced upstairs to make another recording of Hotter Than July, replacing the cassette that had mysteriously disappeared when we were in London.

However, I never got to play this new tape in Mally’s car. For some unknown reason, the next time I took a journey in his Ford Cortina I noticed he’d ripped his radio/cassette player out.