In the past couple of days I’ve found it difficult to find a sustained period of time to sit down and write. My busier than usual schedule the consequence of assisting other family members in the care of my dad, who has had a bad few days on his enduring recuperation from the major surgery he underwent in June.

Although there has to be an acceptance that an octogenarian will encounter the slings and arrows of fortune with regards their health, seeing a loved one in distress and intermittent pain is emotionally demanding.

It would be inappropriate of me to elaborate on the health details, other than say the level of care and assistance he currently requires is at its highest level since his diagnosis around a year ago.

That being said, he is apparently a tad better this morning and was picking horses to back when I rung mater for an earlier update. He also asked if I could return his ladders, which I’ve had for over a year now. I’m hoping the request to return his ladders was made tongue in cheek, and pater hasn’t any hair-brained scheme afoot to clear his guttering or clean the upstairs windows.

He is very frustrated at the moment, though. The shattering of the Yorkshireman’s daily routines goes very much against the grain for a chap with his OCD levels. Exacerbating this feeling of despair further, his GP has informed him to pack in his much-loved hobby of skydiving on horseback…… Although, the horse is apparently pleased! 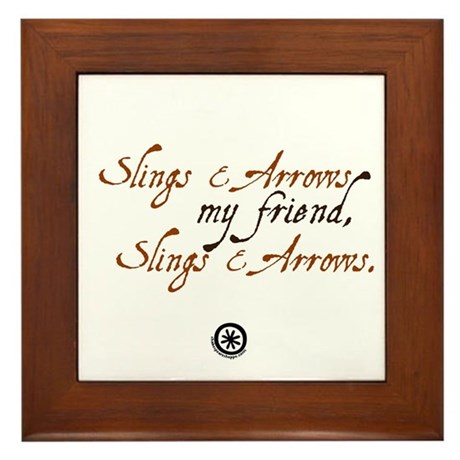 The state of confusion that currently reigns in my old man’s thought processes was highlighted on Wednesday when he allowed me to cut his hair. I ordinarily aren’t required to do this, but he wasn’t up to a barbers visit and it needed cutting badly, so I volunteered. I didn’t let him down, I cut it very badly.

In my defence, I’d never cut anyone’s hair prior to coiffuring paters so it was obvious that the end product wasn’t going look like a Nicky Clarke creation. When I was starting his trim, dad stated that on conclusion of my work he wanted to resemble Brad Pitt; instead he got to look like Brad’s cousin from Barnsley, Darn Pitt.

I hadn’t realised how difficult it would be to trim someone’s hair. Attempting to achieve symmetry and style is a real challenge, especially when your using a toothbrush to undertake the task……. I just hope the old man washed his toothbrush before using it to clean his teeth later that evening!

Cutting pater’s barnet was an experience, however I think it highlighted I’m not destined to become the next Vidal Sassoon anytime sas…soon. That being said, my mum thought I managed to achieve a tidier mane for Mr Strachan senior.

As he can’t bend due to his surgical wound, the following morning I volunteered to cut Mally’s toenails . On being clipped the discarded nails flew with real velocity to all corners of dad’s bedroom. In fact, some fragments projected with such speed that two stuck in the walls plasterboard, while another flew through an open window and was last seen heading towards Morley (five miles away).

Right I need to bring this to a conclusion now and get my own garden tidied up…….. Incidentally, if you live in Morley and witness a discarded yellowing big toenail on your manor give me a shout!