I try hard to improve my vocabulary and introduce new words into my blogs. “Articulation is the essence of the lexicographer’s trade.” I was once told by an old acquaintance.

I was initially sceptical about his words of advocation; after all would you take guidance from a man who had he had ‘L’ and ‘R’ on his specs to ensure he wore them the right way around?

However, after further scrutiny it seemed his words had some value, so I reluctantly started to adhere to them…… This coincided with having to administer him with first aid, following clumsily poking himself in the eye with the arm of his specs.

With this in mind, later in this narrative I plan become the second person in our family to utilise the word oxymoron…… Damn, I just did earlier than planned; I was building up to use it in paragraph ten……. So much for my suspense building skills.

My sister Helen has the accolade of first family member to use the word during a wonderfully eloquent eulogy over 6 years ago. Her use of this word led to bemused expressions from her two brothers, although no one appeared to notice as they always look ‘behind the game’.

Her use of the word was also accompanied by a half muffled yelp from her father, who’d carelessly trapped a part of his anatomy while rectifying an unzipped trouser fly. A  situation he’d been made aware of by his hawk-eyed wife.

After hearing the word, our Ian quietly nudged me at the front of the packed Leeds church and, with associated shushing from our mum, whispered “What’s oxymoron mean, Gaz?”

I felt like responding “Why the chuff would I drink a bottle of Tabasco sauce?” However, I thought that it was neither the time or place for that conversation!

My first thought, on hearing my sister’s superior articulation was “Blimey, she’s acquired a wider vocabulary than Ian and I from the Enid Blyton’s Secret Seven books we read as kids.” 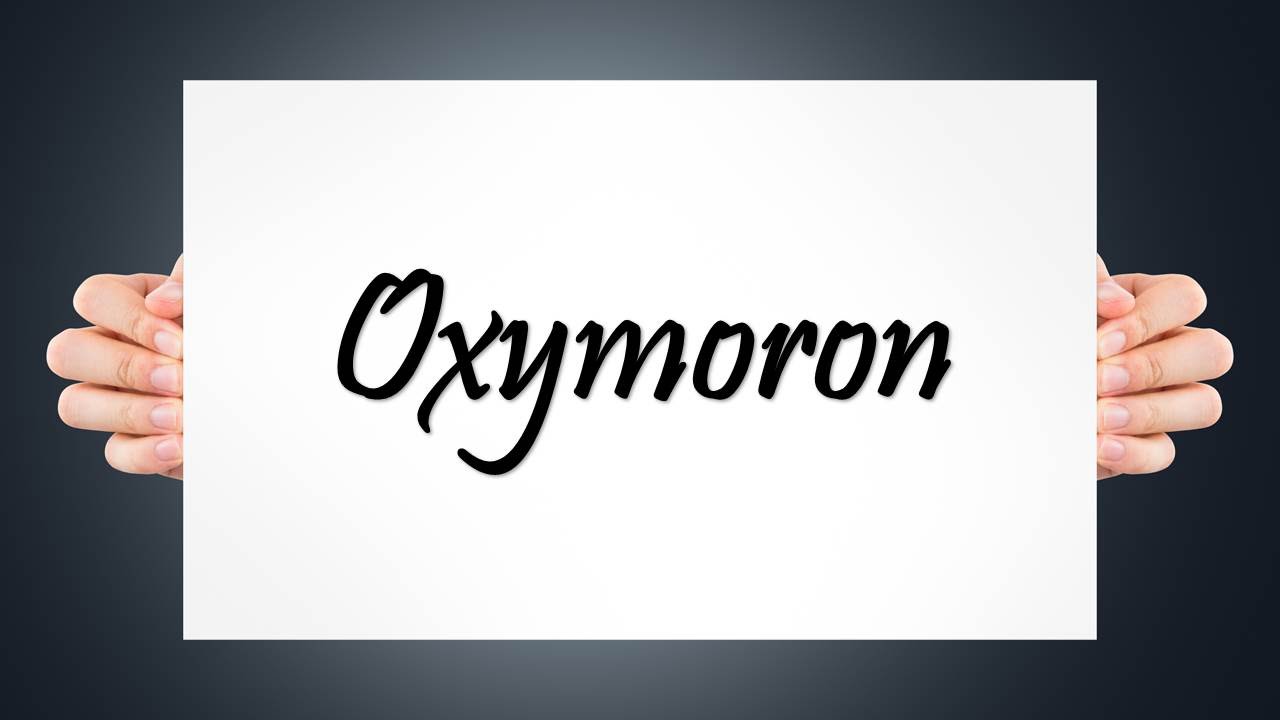 I’d heard our Helen utilise the word moron many times, but never oxymoron. So, as I rectified my confusing facial expression, I made a mental note to look up the meaning of this newly found addition to my vocabulary at a more suitable time.

The next day, with the aid of the Oxford English Dictionary, I was taken aback to read the word Helen eruditely used to describe our uncle meant “ …….powerful semi-synthetic opioid analgesic (painkiller) first developed in Germany in 1914.”

He had been a well educated man, who’d led a colourful life, however the fact he’d been developed in Germany during WWI as a painkiller was something he’d not shared with me. I concluded with envy that it must have been something he’d only shared with my younger sister.

I was about to text Helen to clarify this, however, I noticed I’d been looking at the word oxymorphone in the dictionary, not oxymoron.

I moved up a word or two in the book to the meaning of oxymoron. Shortly afterwards, I’d learned the word used by my sister to describe our uncle meant “ incongruous and seemingly self-contradictory.”

My curiosity to fill lexicology voids led to me learn more about the word oxymoron. In possession of a wider understanding, I grew to understand that they are used for a variety of purposes.

A famous example of an oxymoron is “the same difference.” This phrase qualifies as an oxymoron because the words “same” and “difference” have completely opposite meanings.

A descriptive narrative of the incident during my dad’s haphazard fly adjustments in church could include oxymorons. For example:-

Mally was in his “weirdly normal” situation of having his flies open in public.

Margaret proved again the “true myth” she had a radar like sixth sense for when her husband’s flies were gaping.

The “deafening silence” somehow enhanced further by the Leeds man’s suppression of his pained yelp.

Right, I’m thirsty now so it seems like a good time for a break……. Now where’s that Tabasco sauce?!