Last week I spent a convivial evening at my parents home. Situated in a West Yorkshire village which was once a thriving coal mining community, it’s a setting you can always rely of a homely welcome.

There’s invariably a warm glow in my mater and paters domain, the unfortunate consequence of having a mother who’s an addicted arsonist.

In the evening, we dined on curry and merlot infused memories of yore. It was an impressive meal prepared by my dad, particularly when you take into account challenging circumstances in the kitchen at the time.

Not only did he have to multitask with a couple of pans along with naan bread and onion bhaji’s in the oven, he had to manfully put out the fire in a kitchen cupboard. A blaze started by my mum after succumbing to her destructive addiction.

Following a ticking off from both my dad and I, my mum apologised, assuring us it would never happen again. However, whether she’s genuine about curtailing the dangerous habit remains. A scepticism borne from her later placing an online napalm order from Frank’s Fire Ignition & Cornish Pasty Emporium.

After dinner, while mum carried out her eccentric purchase over the internet, my father (Mally) and I had a trip down memory lane. A journey of nostalgia that, apart from nearly running over Mrs Shoehorn at number 124, was a pleasant sojourn, enhanced by Mally uncharacteristically bearing his soul.

It’s a side of my undemonstrative father I’d rarely seen prior to that evening, when the air was thick with the smell of chicken tikka masala and charred cupboard. His residence on the outskirts of Wakefield witnessing the old man opening up as never before.

Although a bright and capable man, the octogenarian ordinarily shuns the spotlight. Instead, leaving the centre stage for other people to air their (in some cases) less valid take on things. He’s happier on the periphery, his comfort zone and place where he’s more in control.

Even after his recent diagnosis of a terminal illness, he ordinarily still demands a minimum of fuss. His silence generally only broken with the occasional utterance of “I’m fine” when questioned about his current comfort levels. A reply that usually contradicts the answer displayed by the fleeting looks of pain in his face.

To clarify, the warm and caring octogenarian does verbally communicate other than to a query about his pain threshold. Although his words are of a premium, meaning he won’t talk just for the sake of it.

What he does express is generally worthy of a listen. Unlike some of his generation, he talks with you not at you.

He understands the folly of the less intelligent, who demand respect for no other reason of being older than the recipient of their ‘words of wisdom’. Mally is aware his words and actions are what gain him respect, not a misguided belief your thoughts are somehow more valid because you’re date of birth proceeds the person you are engaging with.

I know many erudite young adults with more humanity, decency, and personality in their little finger than some of the older generation. However, this subset of elderly people misguidedly feel a need to indoctrinate them with their unintelligent, spiteful and misogynistic bollocks. 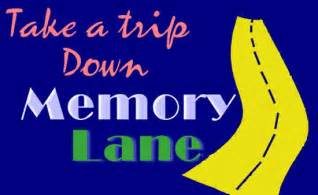 So, over a glass or two of vino,  I spent an informative few hours nattering about the old man’s childhood and early work experiences. Details my previous lack of inquisitiveness had left unearthed for half a century..

These new revelations made me feel like an archaeologist excavating a 2000 year old Roman parchment with the secret recipe for a Big Mac sauce.

Mally spoke of learning the saxophone as a teenager, training as an optical lens engineer for an optician in Farnley, seeing the legendary footballer John Charles’ first ever game for Leeds United in the 1950’s and his cricketing hero being ex-Yorkshire and England spin bowler Johnny Wardle….. All fascinating tales from a guy who is a real gentleman, who I’ve never heard ‘bad mouth’ anyone.

I asked him if over the four score years on this mortal coil he had any regrets. He pondered for a while, appearing momentarily to struggle for a suitable answer, before responding;-

“Yes, teaching your mum how to light bloody fires!”